More people come forward in the DWP 'Kill Yourself' scandal 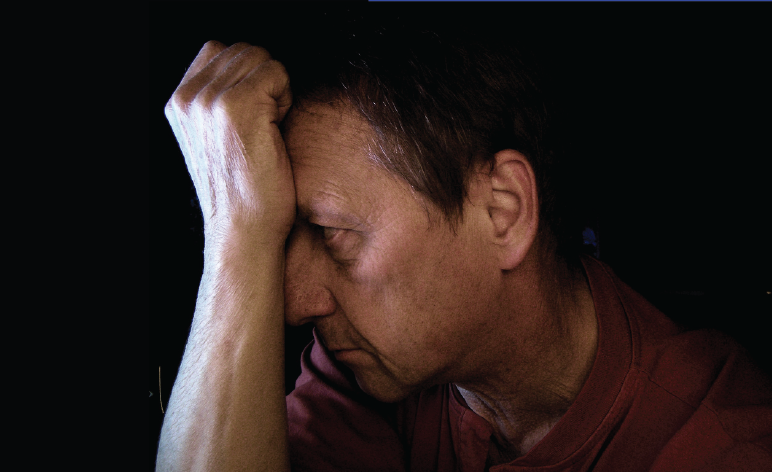 Some readers may find content in this article upsetting

Several people contacted us with similar stories to Alice Kirby’s. Most have asked that we do not mention them by name. The majority of them said they feared it could affect their claims.

I was asked by a woman at the Atos PIP interview: ‘Why haven’t you killed yourself yet?’ I remember it very clearly. I left the room in tears and had my PIP cut. I was too afraid to complain in case they took all the money off me.

I got asked why I hadn’t successfully committed suicide yet. Was it because I was trying to con benefits? Then when I was sanctioned from ESA, the woman who phoned me to tell me said that if I had been more suicidal I would have had more hospital visits for injuries sustained. Because I didn’t have (how many?) hospital stays because of suicide attempts, they judged I wasn’t sufficiently suicidal to warrant sick benefits and she ruled I was fit for work.
I have on-going physical conditions that resulted in me having to give up most of my work due to illness. The depression and severe anxiety developed due to on-going work capability assessments and constant threat of suspension of benefit.
I then had to go to the job centre. That is a whole other story of horrific humiliating degrading bullying. Deliberately designed to guide you to suicide

The assessor asked about my depression and I said that most days it’s like a darkness over me, my mind races along and I just couldn’t focus on one thing, other days I feel so lost and useless, with worry about coping with daily things and life in general and with all my different illnesses. She asked have I ever tried to take my life? I said yes, on several times. She said what stopped me? I said what. She said why didn’t I just get it over with? I just couldn’t cope with her asking me stuff like that. I just couldn’t stop crying, and she ended the assessment, and reported lies to DWP, that I didn’t want to carry on and she felt I was managing OK. She left me in pieces. Now I have to appeal the decision to not give me the full disability.

Having recently had my WCA, I can confirm these questions are being asked. In my case, I was asked “Have you ever attempted suicide?”, then ” When?”, followed by “What did you do?”. The next question was “What is stopping you trying again?”. I also had this at my previous WCA. If you give a reason why you haven’t tried again, they decide you’re fit enough to go back to work. You then have a choice of signing on as available for work, or fighting them. If you choose to fight, you can’t sign on as available for work, because it will go against you. So your only option is to go back on assessment rate of £57 per week, quite difficult.

First stage of fighting is asking for a mandatory reconsideration, which you only have one month to do. If this fails, you can then apply for an appeal. Only if the Courts and Tribunal Service agree you have grounds will you then be allowed to appeal. It took nearly twelve months between submitting my appeal and getting a decision, just twelve months ago.
Here I am again, going through the WCA, and awaiting their decision, even though the tribunal judge, a proper high court judge, told them not to assess me again for a minimum of two years.

I was at my ESA assessment in Poole, Dorset, summer 2016. I was suffering from suicidal depression and cluster headache (aka suicide headache). The interview was on the third floor. I opened the window to alleviate headache symptoms and he started making jump jokes and asking why I didn’t? IN FRONT OF MY SUPPORT WORKER!!!
She wanted me to make a complaint but my mental health couldn’t take more conflict. I had gassed myself in a tent only 8 weeks previously.

I’ve just read your article on ESA and Atos. I went for a medical assessment on the 21/2 2017 and I was also asked why I hadn’t taken my own life yet. I have never felt so belittled. I wasn’t examined either, just asked questions.

The Canary asked Atos whether asking people why they hadn’t killed themselves yet was a standard question:

This is not a standard question, however it is important to note our health professionals should be assessing this particular risk of all claimants who present with mental health conditions.

Our trained and qualified health professionals have a duty of care to all claimants and so should this topic arise in an unprompted way during wider assessment discussions, our staff are trained to sensitively ascertain the nature of a person’s mental wellbeing.

If a level of risk is identified we would then be required to share this with an independent medical health specialist.

The Canary asked the DWP three questions about our previous report. The DWP also told us that the healthcare professionals who carry out the assessments are supported by ‘mental health champions’ who have relevant mental health work experience.

1) Will the DWP look into these claims?

We are not aware of any complaints made to either DWP or our contractors on this issue, but would investigate any allegations thoroughly.

2) Is the DWP happy with Atos assessors asking questions that psychologists claim these assessors are insufficiently experienced to be asking?

3) Was the DWP already aware that Atos staff were asking people why they hadn’t killed themselves yet?

Healthcare Professionals receive training in order to conduct functional assessments on behalf of the DWP and their training includes conducting a mental health assessment which may, if appropriate, include questions about suicide or self-harm.

The DWP has made it clear that there has been no complaint so far. Atos said the same thing in reply to our original report. But fear of sanctions meant that most people who approached The Canary requested anonymity. And this same fear may be preventing people from making formal complaints.

The testimonies suggest that inadequately trained staff are asking inappropriate questions of people with disabilities. These questions are disturbing people so much that it’s affecting their ability to deal with the assessment properly; and making them afraid to speak out.

As such, it may be time for the DWP to stop waiting for a complaint and look into the matter itself.

– If you are having a mental health crisis or are feeling suicidal, contact The Samaritans.