Bernie Sanders speaks out on Israel, telling truths that Trump is unlikely to admit - Canary 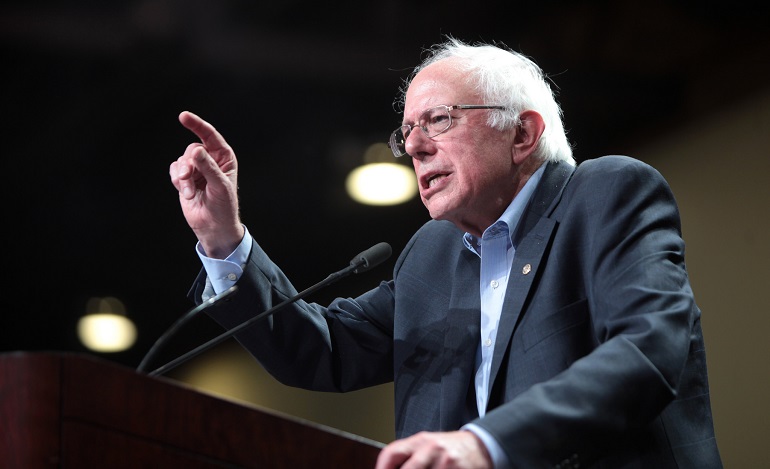 US Senator Bernie Sanders recently spoke at the 2017 conference of pro-peace advocacy group J Street. And he spoke truths about Israel that the current US administration is unlikely to admit.

Sanders is a Jewish democratic socialist. In the past, he has received criticism for being a bit too lenient on the Israeli government. But at this year’s J Street conference, he made his stance very clear. In particular, he discussed how the US could help to end the conflict between Israelis and Palestinians; and help “to end this fifty-year long occupation”.

Criticism is not antisemitism

While he stated America’s commitment to being Israel’s friend and ally, he also said:

we must recognize that Israel’s continued occupation of Palestinian territories and its daily restrictions on the political and civil liberties of the Palestinian people runs contrary to fundamental American values.

Additionally, he stressed that Israeli settlements on Palestinian territory “constitute a flagrant violation of international law”. And that:

the hard truth is that the continued occupation and the growth of Israeli settlements that the occupation sustains, undermines the possibility of peace. It contributes to suffering and violence.

How to ensure everybody wins

Sanders then made it clear that the current environment helps no one, asserting that:

In short, he insisted:

Nobody gains when year after year, decade after decade, the talk is about war and hatred rather than peace and development.

The alternative vision, he said, was:

creating a Middle East where people come together in peace and democracy to create a region in which all people have a decent life.

US President Donald Trump, however, is unlikely to echo the realities and hopes expressed by Sanders any time soon. Trump has already formed a close relationship with Israeli Prime Minister Benjamin Netanyahu; the man who oversaw Israel’s war crimes during its 2014 offensive on Gaza. And he recently courted controversy when he seemed to back away from the ‘two-state solution’ to the Israeli-Palestinian conflict that has long been at the centre of US peacemaking efforts.

But Sanders is speaking important truths. And there are millions of Americans who respect his voice. So if Trump thinks his policies on Israel are going to escape criticism, it looks like he’s sorely mistaken.

– See more on Bernie Sanders, Palestine and Israel at The Canary Global.