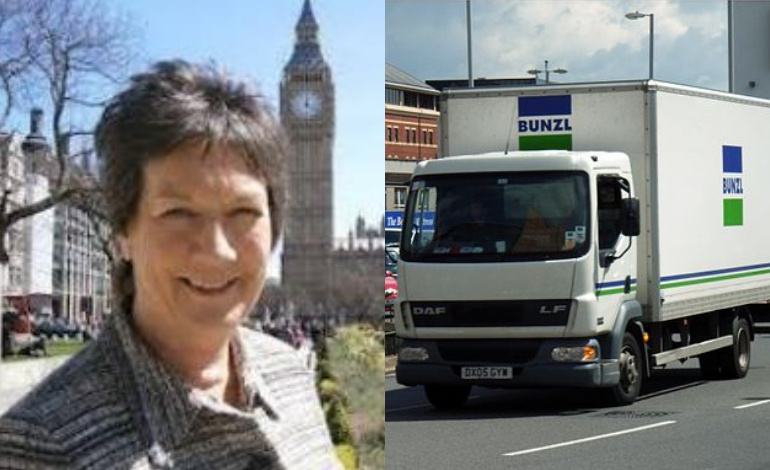 A Conservative MP has been called “callous” for her response to refugees, including children, being found in a car park in Kent.

Pauline Latham had already been criticised following her remarks that people should “stop being so sentimental” about child refugees.

Daniel Grimwood was jogging when he heard banging coming from a lorry in the car park. And he sent Latham an email detailing what happened:

And he believes that the fact they happened to pass by probably saved lives:

Had we not been there some or all of these children would almost certainly have died in a parking lot on our shores.

Grimwood wrote to Latham because of her previous comments about child refugees:

Against this backdrop I find your speech callous and chilling in its inhumanity. It is not sentimental to hope vulnerable babies can be saved from suffocation and freezing in the back of a lorry on our shores, for shame! I am repulsed.

But Latham was not moved. Instead, she sent back a one-line response:

Maybe you will be contacting your local authority and offering to foster or adopt these poor trafficked children.

Grimwood was shocked by the response:

The first thing that shocked me about it really was the extreme rudeness of it.

He further described it as “callous” and “sort of sarcastic, which I just thought was in very, very poor taste”.

Latham responded to criticism of her email in a statement:

I have spoken at great length about the desperate situation facing refugees. Families face a terrible situation and I have made it clear that other countries, alongside the UK, should play their part in helping people in such difficult circumstances

Despite previously committing to accept 3000 child refugees, the Conservative government backtracked on its promises. And Home Secretary Amber Rudd ended the scheme after only 350 children were resettled.

But the government is facing a challenge from its own backbenchers. Conservative MP Heidi Allen claims that parliament was not properly consulted about ending the scheme.

And a cross-party of MPs is trying to amend the child and social work bill so that councils have a statutory duty to say what their capacity is for providing welfare and safeguarding for children (including refugees).

But with MPs such at Latham showing such a despicable disregard for children’s lives, she is going to have an uphill struggle to convince her colleagues.

Children are suffering and dying across Europe. The fact that so many of our politicians can act with so little compassion or care is a national disgrace.

– Do you have room to support a refugee or asylum seeker? Contact Refugees at Home.