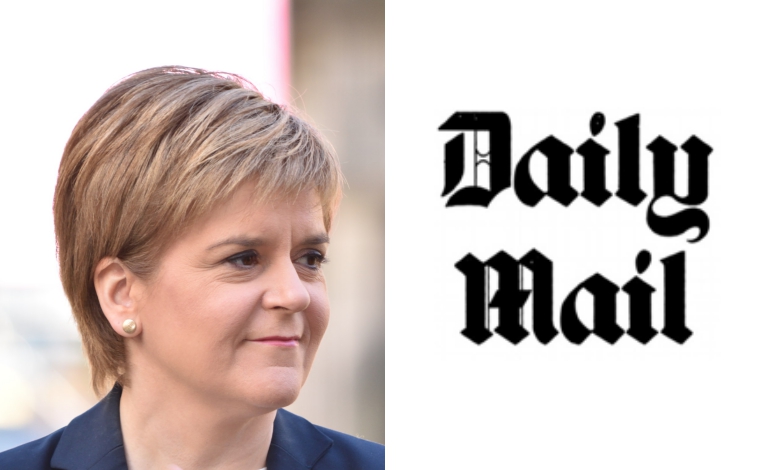 While the rest of the UK was thinking about the implications of a second Scottish referendum and the potential break-up of the UK, The Daily Mail hit peak sexism in its coverage of Nicola Sturgeon’s important speech.

The headline of the Mail piece read:

Have you not got anything else to wear, Nicola? First Minister Sturgeon dons her favourite red suit twice in a week (and it’s a very familiar outfit).

And while the first sub-heading did reference the referendum, the other sub-headings focused on her fashion choices:

No newspaper would be commenting on what Alex Salmond was wearing if he’d been speaking. But women in the public eye are fair game for ridicule or comment over their clothes. Theresa May suffers the same fate as Sturgeon. A quick internet search for ‘May’ and ‘fashion’ shows countless articles about what she wears. But a similar search for David Cameron comes up pretty much devoid of content.

Meanwhile, in Australia, a male TV presenter wore the same suit every day for a year to see what happened. And the answer, unsurprisingly, was absolutely nothing. Karl Stefanovic wore the outfit to highlight how differently his female colleagues are treated. He stated:

I’m judged on my interviews, my appalling sense of humour – on how I do my job, basically. Whereas women are quite often judged on what they’re wearing or how their hair is. Women, they wear the wrong colour and they get pulled up.

We are women, we are powerful

There is absolutely no place for this everyday sexism in 2017. Whether or not The Daily Mail likes them, the political world is full of powerful, high-achieving women. All these women can be justifiably criticised for what they say. But to criticise them for what they wear is just immature and archaic.