The vultures are circling Downing Street, as three major scandals erupt at once - The Canary 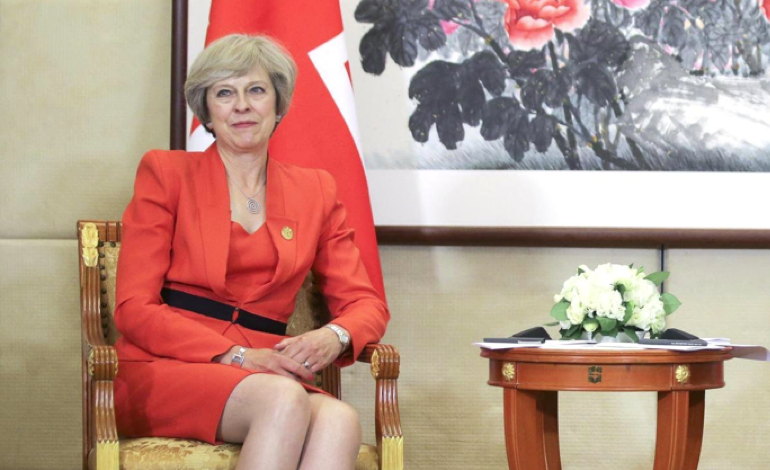 The May government is clinging to the life rafts today after three major scandals erupted at once. The electoral expenses scandal, the DWP ‘kill yourself’ scandal, and a budget that has been ripped apart by the right-wing press have all created chaos in Downing Street. In a just world, any one of these should bring down the government.

The Canary was the first UK media outlet to gain the testimony of whistleblowers who lifted the lid on the election expenses scandal. Police are investigating 29 constituencies over hundreds of thousands of pounds of unreported campaign spending. There is evidence to suggest that the Conservatives may have overspent (in secret) on marginal seats, where just a few hundred votes were the difference between victory and defeat. Given the narrow majority of the Conservatives, if these seats are re-run – the government could fall with it. You can read The Canary’s previous reports here.

Channel 4 News has operated virtually alone in the established media on this story for over a year. Michael Crick and his team have traced the scandal all the way to Theresa May’s chief-of-staff Nick Timothy. And this week, the Electoral Commission has levied a record-breaking fine on the Conservative Party. The rest of the media – scenting blood – have now belatedly joined the attack.

The Conservatives are already considering their sacrificial lambs. But with Crick’s work establishing clear evidence of collaboration all the way to Downing Street, this could be turning into Britain’s Watergate moment.

The DWP ‘Kill Yourself’ scandal

As The Canary‘s John Shafthauer writes:

You can read the full testimonies here. And below is an example of what chronically sick and disabled people face in their DWP assessments:

I was at my ESA assessment in Poole, Dorset, summer 2016. I was suffering from suicidal depression and cluster headache (aka suicide headache). The interview was on the third floor. I opened the window to alleviate headache symptoms and he started making jump jokes and asking why I didn’t? In front of my social worker.

She wanted me to make a complaint but my mental health couldn’t take more conflict. I had gassed myself in a tent only 8 weeks previously.

Each testimony is the true story of a human being, hounded while at their most vulnerable. And by the very people who should be supporting them into care, treatment, or work.

Meanwhile, the May government’s first full budget has unravelled within a week, after it broke a manifesto pledge not to raise National Insurance contributions. Its allies in the right-wing media turned on the budget within hours, leaving the Chancellor no choice but to commit a string of embarrassing U-turns. This has left a more than £2bn hole in the government’s spending plans, with no clear path to close it. It has also left Hammond a laughing stock, derided across all shades of the political spectrum.

Philip Hammond on the phone. Having trouble leaving Downing Street. Says every time he gets to the gate Theresa May insists he do a U-turn.

And this is before we even get into the collective calamity of Brexit, or Tories mauling Education Secretary Justine Greening over changes to the funding of schools.

In ordinary times, any one of these scandals could sink a government. And Theresa May is facing all three at once.

But these are not ordinary times.

The major factor here is a near-unanimously conservative media. A Westminster media, united as much in hostility to the opposition parties and their leaders as it is to underplaying the calamity and allegations of corruption in Downing Street. This makes it difficult to generate the public appetite for a fresh government. Which means new media and engaged citizens may have to roll up their sleeves and take down this government themselves.

– Write to your MP to voice your concerns about the way the DWP and Maximus handle welfare assessments.

– Get your news from an outlet with integrity.