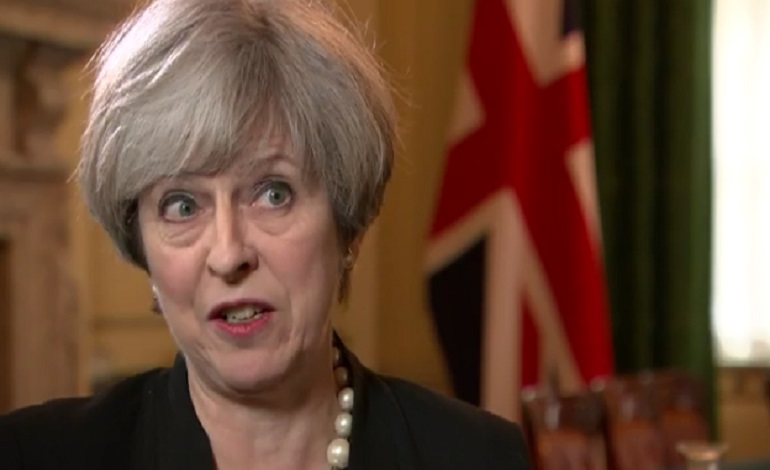 On Thursday 16 March, Theresa May released a statement about the ongoing saga over a second Scottish independence referendum. The Prime Minister appeared to be blocking any second vote on independence. But her words may well have just signed the death warrant for the United Kingdom as we know it.

May was responding to Scottish First Minster Nicola Sturgeon saying she would seek to hold a second independence referendum in either 2018 or 2019. May claimed that seeing the UK “thrive” was the most “important” thing to her. And that our “precious union of nations” was the most “successful the world has ever seen”. But she also said:

I’m going to be fighting for every person, every family, every business across the whole of the United Kingdom… I think that should be the focus of us all.

The PM then took a swipe at the SNP:

May went on to assert that Sturgeon calling a second referendum wouldn’t be “fair” on the people of Scotland. She said that they wouldn’t have the “necessary” facts about what leaving the EU means, and what a “future Scotland” would look like. “We should be working together, not pulling apart”, she said. “For that reason… now is not the time.”

But Sturgeon hit back in a series of tweets, saying:

[The Scottish government] is not proposing #scotref now… but when the terms of Brexit clear and before it is too late to choose an alternative path. A section 30 order must be discussed and agreed now to ensure that timetable. If the Tories refuse to do so, they would effectively be blocking Scotland’s right to choose when the Brexit terms clear… this would be undemocratic given [the Scottish government’s] clear mandate and also proof positive that the Tories fear the verdict of the Scottish people.

And some social media users were less than impressed with May’s comments:

We were all asked to make a decision over #brexit without the necessary information. It suited @theresa_may then. What's so different now? https://t.co/OBXxe53Phy

There’s a twisted irony in May saying that people voting in a second Scottish independence referendum wouldn’t have all the “facts” needed to make an informed choice. The Leave campaign in the EU referendum openly told ‘untruths’. And nearly a year since that vote, the UK is none the wiser to exactly what Brexit will bring. If anything, the PM’s intervention will only add fuel to the SNP fire over leaving the UK. And her words on this matter may well come back to haunt her.