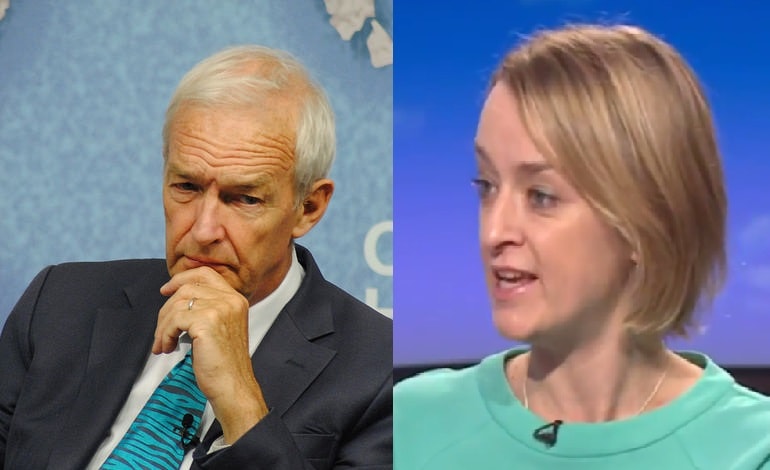 With exception of Andrew Neil, one wonders why the BBC so agresseively avoided looking into the Tory Election expnses scandal for so long

Snow clarified that he was “not surprised” at the lack of coverage.

He made an exception of Andrew Neil because the Daily Politics show has featured discussion on the election expenses scandal several times.

Even as Snow issued his comment, BBC Political Editor Laura Kuenssberg was under fire for repeatedly branding the election expenses irregularities “mistakes”. This is despite Claire Bassett, Chief Executive of the Electoral Commission, explicitly saying on BBC Radio 4 [2.15] that the intent of the Conservative Party is a matter for the police. So whether it was officially deliberate is still under the separate, ongoing police investigation.

Concluding its 10-month-long probe into the Tories’ national spending, the Electoral Commission fined the multi-millionaire Conservative Party a meagre £70,000. £45,000 for spending return inaccuracies in three 2014 by-elections, £20,000 for such inaccuracies in the 2015 general election, and the final £5,000 for missing receipts and invoices. Significantly, Claire Bassett said that she would have imposed larger fines on the Conservative Party if the Electoral Commission had the power to do so.

The Commission also referred the Conservative Party’s former Treasurer to the Metropolitan Police. The Treasurer signed off the party’s general election national spending return, which was “neither complete nor correct”.

The real repercussions will come to light when the police forces conclude their separate investigations into local spending. There are two strict spending limits in UK parliamentary elections: national and local. The allegations centre on the Conservatives recording local expenditure under the national limit, or not recording spending at all.

Currently, there are 29 seats under police investigation. The looming results could trigger a number of by-elections, threatening the Conservatives’ majority in parliament.

Around two dozen Tory MPs face accusations that they illegally overspent in the 2015 general election campaign. One part of the ongoing investigation is the failure to declare costs associated with the Conservative campaign ‘battle buses’. If the allegations are true, the MPs and their agents could face a year in jail and/or an unlimited fine. In addition, there could be a three-year ban on their holding elected office.

The wider allegations go beyond the battle buses. They include hotel expenditure, leaflets, letters signed by Cameron himself, along with food and transport for activists.

As the electoral fraud scandal bubbles over, the BBC‘s Andrew Marr finally questioned Conservative guests in the past two of his Sunday shows.

But Marr allowed both Chancellor Phillip Hammond and Brexit Secretary David Davis to make false claims – unchallenged – in response. Davis outright pretended not to know anything about the investigations that have been going on for nearly a year. Meanwhile, Hammond claimed that the Conservative Party has been “cooperating fully” with the Electoral Commission. In reality, the Conservatives have fought against both Kent Police and the Electoral Commission.

The investigations have been going on for nearly a year. But the BBC‘s coverage reminds one of a sedated poodle. Jon Snow is absolutely right to call out our public service broadcaster on this.