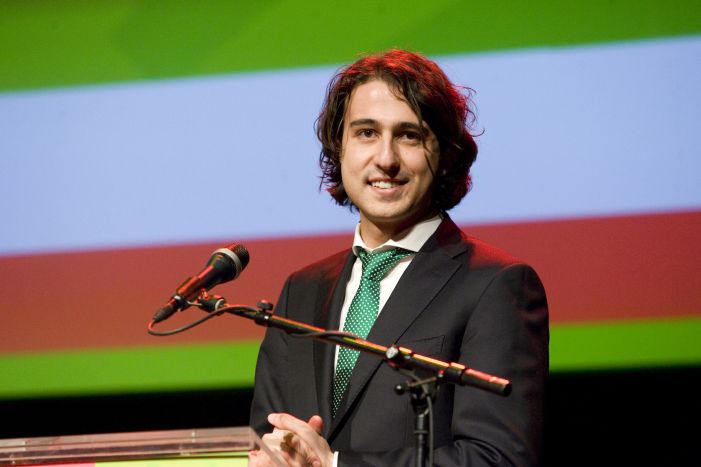 A left-wing alternative has made significant gains in this week’s elections in the Netherlands. And this small victory brings a ray of hope to the fight against Trump-like nationalists.

Rutte will probably form a centre-right coalition in the coming weeks with at least three other parties to secure a parliamentary majority. But he is not expected to invite Wilders into that coalition.

The big winner of the elections, however, was neither Rutte nor Wilders. The party with the real surge in votes was the GreenLeft (GroenLinks). Led by 30-year-old Jesse Klaver, it is now the largest party of the Dutch left, having boosted its MPs from four to 14.

Who is Jesse Klaver and what does he stand for?

Klaver has Moroccan, Dutch, and Indonesian roots, and was raised in social housing. He became GreenLeft’s leader in mid-2015.

During the 2017 election campaign, he positioned himself as the strongest counterpoint to Wilders’ divisive nationalist politics. And he was clear that:

The values the Netherlands stands for – for many, many decades, centuries actually – [are] its freedom, its tolerance, its empathy…

In one debate, he told Wilders that it was right-wing populism, rather than Muslim immigration, that was really undermining Dutch culture and traditions.

Klaver stands against neoliberalism, and he wants to create a greener and more equal economy.

Through small Meetup events, Klaver built a strong following on social media. And his rallies were among the largest of the election campaign. Vice explains how his “slick, social media-driven campaign strategy” was “unlike anything previously seen in Dutch politics”. GreenLeft Chair Marjolein Meijer, meanwhile, says the success of the party’s modern, grassroots campaigning comes from the fact that:

traditional political parties are in a crisis because people don’t believe them… I’ve noticed people appreciate that Jesse doesn’t just tell them the advantages, but also any disadvantages of a policy.

Apart from Klaver’s perceived honesty, the party’s rise has also come at the expense of the tainted Labour Party (PvdA). This mainstream centre-left party lost swathes of voters after forming a coalition with Mark Rutte in 2012.

Small steps forward in the left’s fight against nationalism

While commentators make frequent comparisons between Klaver and Canadian Prime Minister Justin Trudeau, Klaver has insisted that he takes more inspiration from America’s Bernie Sanders. And that is precisely what is needed to defeat the nationalist right in Europe and elsewhere. Not more of the same polished liberal centrists, but more substance. More progressive left-wing policies. More honesty. And more grassroots activism.