A 'left-wing' university is betraying its workers, so they're standing up for their rights [IMAGES] - Canary Workers’ Co-op 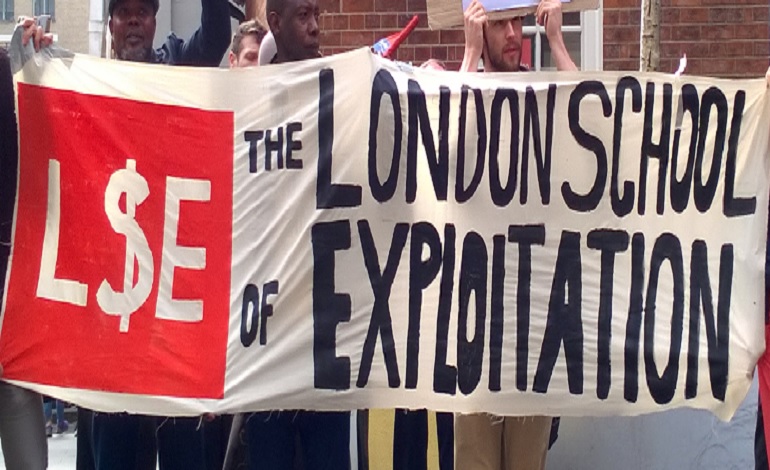 The London School of Economics (LSE) has a strike on its hands for the first time in its 122-year history. And it came about because the outsourced workers say they have had enough of being treated like “second-class citizens” by the LSE.

Members of the United Voices of the World union (UVW) have staged a two-day walk out at the LSE. The dispute is over pay, conditions and treatment. The strike started at 6am on Wednesday 15 March. On Thursday 16 March, The Canary went to meet the cleaners at the picket line.

Around 50 people were holding a vibrant and noisy demonstration. Members of the UVW, the Bakers, Food and Allied Workers union (BFAWU), and Class War were present. The picket had numerous, colourful banners to highlight the cleaners’ plight: 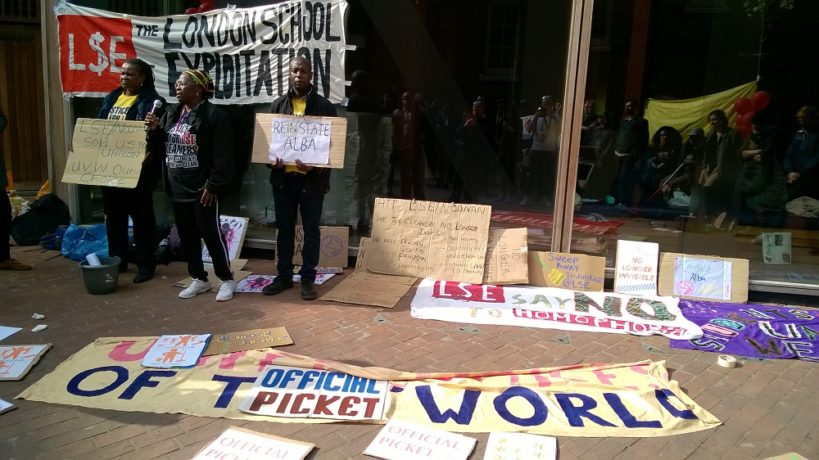 Co-leader of the Green Party Jonathan Bartley paid testament to the striking cleaners, saying it was a “scandal” that, after all the money that had been ploughed into the LSE, it couldn’t even give some of that to treat UVW members properly.

People then moved around to the main entrance, where LSE security looked on: 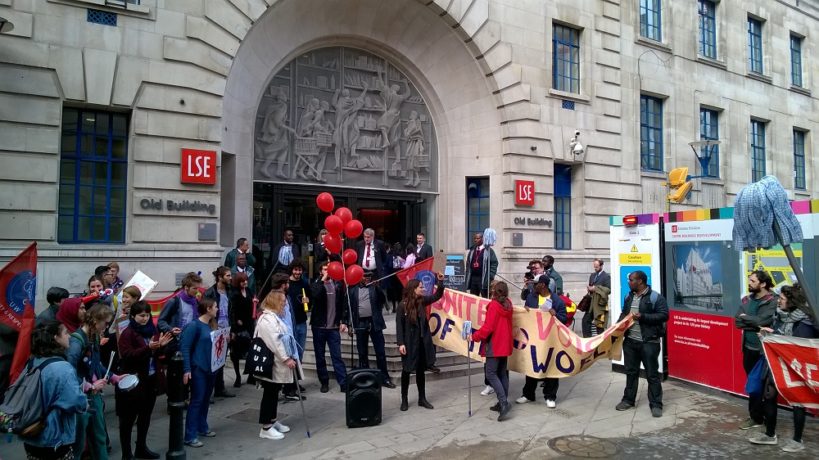 The workers moved around the various entrances to the LSE, attracting large crowds of onlookers: 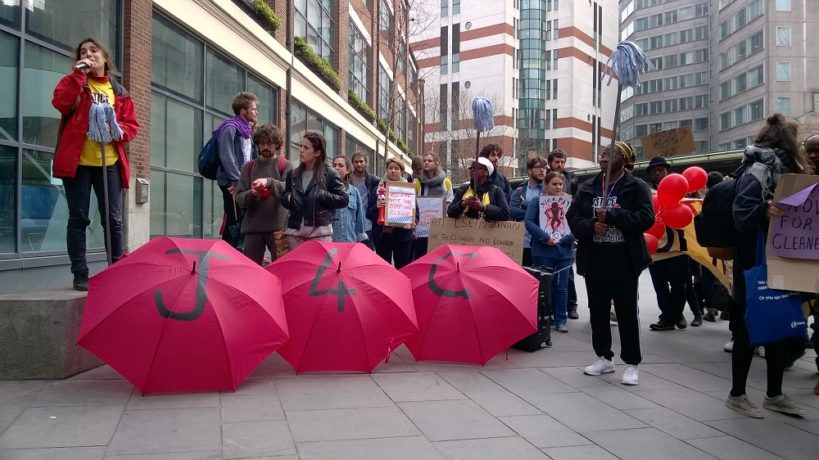 Mildred Simpson, who has been a cleaner at the LSE for 16 years, told the crowd:

I am abused and set-upon by management… but I am strong. I am not moving… We are putting all that we can [for the LSE]. We’re fighting not only for us as cleaners but for everyone at the LSE, and around the world. Please help us fight this battle. And we will win.

The LSE outsources the contract for cleaning to Noonan Services. The cleaners were getting £9.40 an hour, even though they worked in London, where the recommended Living Wage is £9.75. Noonan has since agreed to pay them the higher rate of £9.75. Also, Noonan only gives the cleaners 28 days paid holiday, while regular LSE staff get 41. And the cleaners only get a 1% pension contribution from Noonan, while regular LSE staff receive 13- 16%. Finally, Noonan only gives the LSE cleaners Statutory Sick Pay. This means that, if the cleaners are ill, Noonan does not pay them for the first three days. And then, they only get £88.45 a week after this.

The union says “the cleaners considered [LSE and Noonan’s] responses to be as vacuous as they were disrespectful”.

The LSE told The Canary:

The strike is being coordinated by UVW, an unaffiliated union representing 60 of the 421 cleaning staff at LSE employed by Noonan. 40 members of UVW voted in the recent strike ballot. The cleaning staff at LSE have access to recognised trade union representation through Unison, which has a successful track record in campaigning for its members. Contrary to some reports, Noonan staff at LSE receive, at least, the London Living Wage, the same hourly rate as equivalent staff employed directly by LSE. This has been the case for a number of years. The decision by UVW to initiate industrial action is disappointing, especially considering cleaners and recognised trade union representatives are still engaged in constructive negotiations.

The Canary contacted Noonan for comment. But at the time of publication, no response had been received.

The UVW has seen the need for more and more industrial action in recent months. From John Lewis to Harrods, via the LSE, its members (many of them foreign nationals) are increasingly frustrated at their treatment at the hands of some of the UK’s best-known companies. And while the UVW doesn’t have the financial power of the bigger unions, its dedication and pragmatism is second to none.

This article was updated at 10.30am on Friday 17 March to reflect that the LSE cleaners are now getting the London Living Wage of £9.75 an hour.

– Support the UVW Union and read more on the cleaner’s dispute.

Featured image and additional images via The Canary