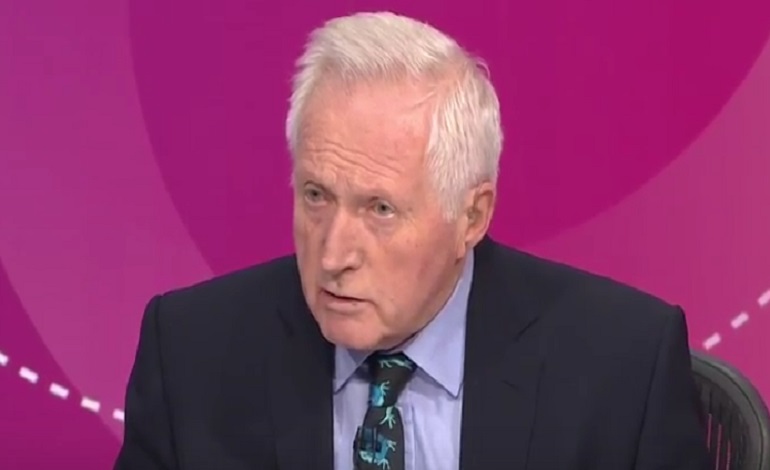 On Monday 27 March, the BBC showed a special ‘Britain after Brexit’ edition of Question Time. Even though UKIP now has no MPs in parliament, UKIP was still given a seat on the panel. But UKIP representative Suzanne Evans’ appearance wasn’t well-received.

Following UKIP MP Douglas Carswell’s resignation on Saturday 25 March, the party was left with no representation in Westminster. But this didn’t stop Question Time producers from getting Evans, UKIP’s Deputy Chair, on the show. And in doing so, it ignored the Greens, whose MP Caroline Lucas was elected in 2010.

But this is not new for Question Time.

As The Huffington Post reported, UKIP has appeared on 24% of programmes since 2010, compared to just 7% for the Greens. Green Party co-leader Jonathan Bartley said:

Now that UKIP have no representation in the House of Commons they should certainly expect less television coverage. For too long now they’ve been given a disproportionate amount of airtime and I fully expect the broadcasters to review the amount of time they give what is essentially an extra-parliamentary pressure group… UKIP record of losing representatives to defections, criminal investigations and tantrums shows that they just can’t be taken seriously as elected politicians.

And Evans’ performance on Question Time may prove to some that Bartley is right in saying UKIP “can’t be taken seriously”.

Nobody in the Leave campaign ever said we wanted to stop immigration.

Even though former UKIP leader Nigel Farage proudly posed next to an ad campaign which many considered xenophobic: 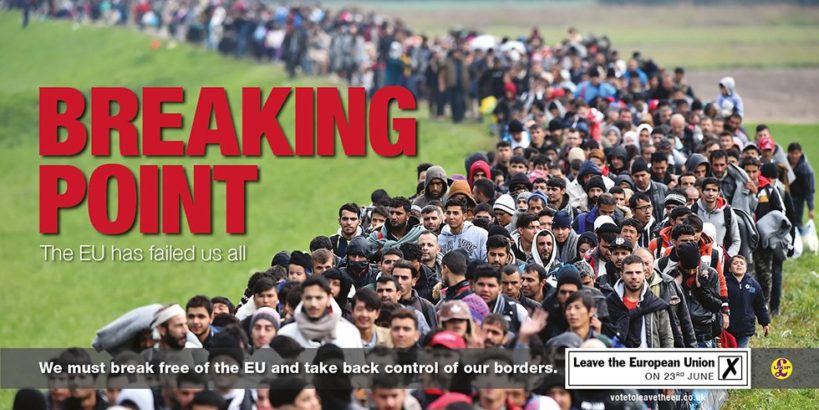 Evans also said [1:14:30], about the SNP and the proposed second independence referendum:

You talk about Scotland, and you talk about the people of Scotland, but what you mean is actually you talk about the SNP. And the SNP does not represent [Scotland]… The Scottish people are very sensible. They know that Scotland, economically, is four times as reliant on the United Kingdom as it is on the European Union… Not just for emotional reasons just because of… the future of our country as a united country… It’s a good thing for Scotland to stay in [the UK] because it’s in Scotland’s best interests…

UKIP’s Deputy Chair seemed to ignore the fact that her party got 1.6% of the Scottish vote in the 2015 general election. Compared to the SNP’s 50%. Or that long-term support for Scottish independence is at its highest levels ever. And Evans failed to notice that her arguments for Scotland staying in the UK were eerily similar to those made by people wanting the UK to stay in the EU.

But the fact remains that the BBC‘s repeated championing of right-wing UKIP representatives over any progressive left voices is damaging the public service broadcaster’s already tarnished reputation.