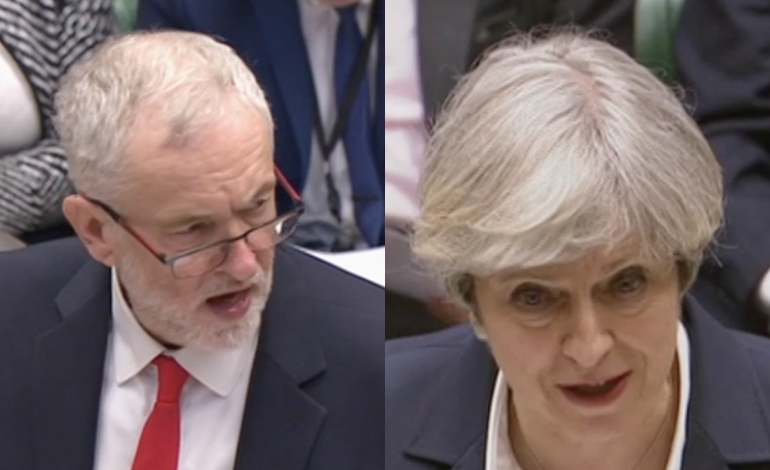 An image from parliament shows just how little the Conservative government cares about rights and living standards post-Brexit. It shows two MPs apparently preferring to look at their phones rather than engaging in what is likely to be the most important issue for decades.

The MPs are gazing at their phones as Jeremy Corbyn responds to Theresa May’s statement on triggering Article 50. In fact, the picture is from the precise moment that Corbyn stated:

It would be a national failure of historic proportions if the Prime Minister comes back from Brussels without having secured protection for jobs and living standards.

This is the screenshot: 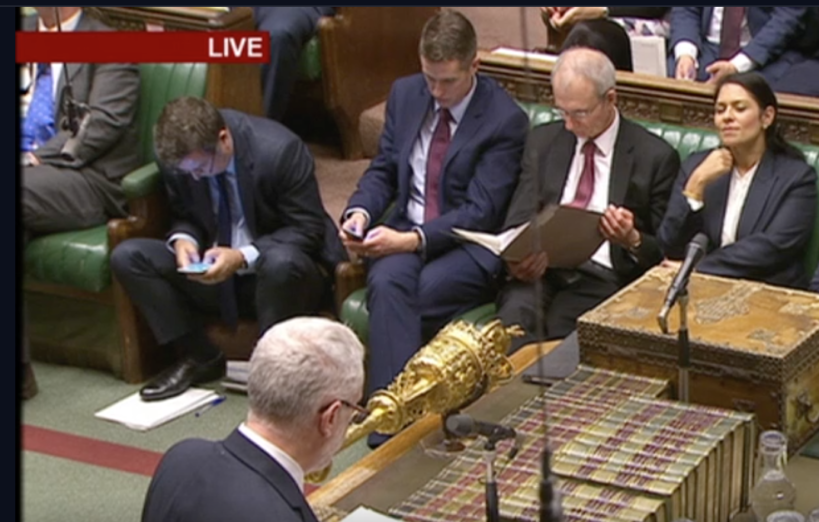 Now, modern MPs do use their smartphones on a regular basis in parliament to tweet or keep up with parliamentary business. And we have no idea what these MPs were doing on their phones. But combined with their body language, they couldn’t look more disinterested if they tried. And this is especially relevant given that Corbyn was talking about rights and protections post-Brexit.

Responding to Theresa May’s statement on triggering Article 50, Corbyn warned about the dangers of Brexit under a Conservative government:

The direction the Prime Minister is threatening to take the country in is both reckless and damaging. And Labour will not give this government a free hand to use Brexit to attack rights, protections and cut services. Or create a tax dodgers’ paradise.

Corbyn further highlighted the inconsistencies between government departments over Brexit. He cited the Foreign Secretary, Boris Johnson, saying he wanted to have his cake and eat it. Chancellor Philip Hammond, meanwhile, said that the UK couldn’t have its cake and eat it.

But as Corbyn pointed out:

These at one level might seem like flippant exchanges between ministers, but they do reflect serious differences at Britain’s negotiating aims. The government must speak with a united voice.

And Corbyn was unequivocal about what the Brexit deal needs to look like:

More than ever, Britain needs a government that will deliver for the whole country, not just the few. And that is the ultimate test of the Brexit deal the Prime Minister must now secure.

The Conservative government has repeatedly shown it is more interested in the wealthy elite than in ordinary people. It slashed disability payments to 160,000 people while giving the royal family £360m for refurbishments. Schools are losing money while corporation tax is cut. And essential services are being decimated while the NHS is privatised by the back door.

This record shows that they cannot be trusted to deliver a Brexit deal that is in the interests of the people. And the attitude shown by these MPs illustrates just how little the government cares about rights and protections for ordinary people.

Corbyn is right to demand a better deal. And it’s down to all of us to ensure that May’s Brexit dystopia of big business interests outstripping workers’ rights and fundamental liberties doesn’t become a reality.

– Read other articles from The Canary on Article 50.