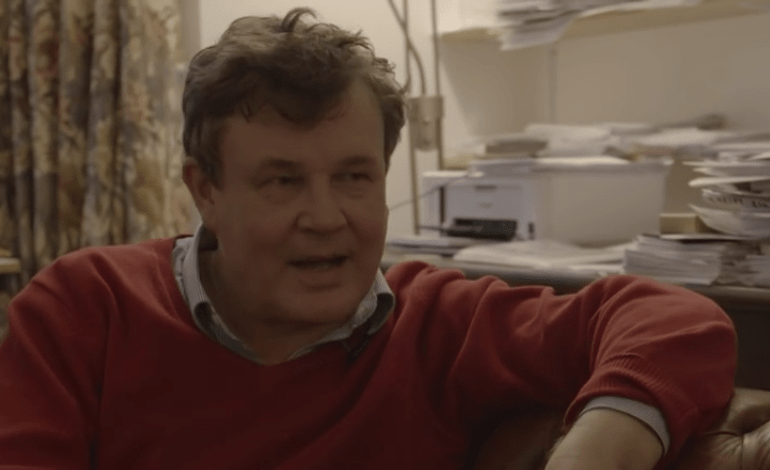 As MPs debated the current situation in Yemen on 28 March, one veteran journalist slammed the Conservative government’s “double standard” over British support for the Saudi-led war in Yemen. And he strongly suggested that it lacked the “moral courage” to act.

On 28 March, a parliamentary debate resolved to push the Conservative government to “take a lead in passing a resolution at the UN Security Council that would give effect to an immediate ceasefire in Yemen”. And Labour Party MP Clive Lewis called it “an urgent discussion that it is clear our Government would much rather not have and that is, or at the very least should be, deeply embarrassing for them”. He also spoke of how:

a famine in Yemen is imminent… This famine is not a consequence of natural disaster, but a result of the civil war… It is a famine that is being deliberately used a weapon of war, but one that can be stopped as soon as we find the political will to stop it… That is a particular responsibility for us because the UK is a permanent member of the UN Security Council, we hold the presidency this month of the UN Security Council—that will end this week—and we of course have close political ties with neighbouring states. It is clear that we have been gifted an opportunity to set the international agenda, and it is nothing less than our absolute moral duty to do so.

It was a back bench committee debate, not govt Parli time. But I'd swap debate time for concrete action to STOP not fuel this disaster https://t.co/xhz6mjD6dc

Veteran conservative journalist Peter Oborne, who resigned from The Telegraph over its connection to HSBC, penned an article in Middle East Eye on 28 March in light of the parliamentary debate. He wrote in particular about MP Tobias Ellwood’s governmental role regarding Yemen. Ellwood’s actions following the 22 March London terror attack got him widespread praise in the media. But as Oborne points out:

For the last two years, Ellwood has been the minister responsible for dealing with Saudi Arabia’s war in Yemen… [and] has been one of the most important apologists for the Saudis – and their campaign of slaughter.

There’s a double standard here. Four people were killed and approximately 50 injured in the attack last week in London. This was terrible and the British people were rightly appalled and disgusted… However, it is important to reflect that this sort of thing happens all the time in Yemen, and on a much larger scale, and that it is sanctioned by the British. It is hardly ever reported in the British press, and never on a front page, even though it’s a British-sponsored war.

And as a result of actions like Britain’s support for Saudi-led efforts in Yemen, he insists:

the UK Government are gravely concerned about the humanitarian crisis in Yemen. We are taking a leading role in the international response, which means not only providing substantial humanitarian aid but using all diplomatic means available to us to support efforts to reach a political agreement and to press for a solution to the economic crisis. As I have said before, it is ultimately the Yemenis themselves who must reach a compromise.

But as The Canary recently reported, the UK has made 10 times more in profit from war in Yemen than it has given in aid. And the Saudi regime is still Britain’s most important weapons client. Even though mounting evidence suggests that the country has committed war crimes in Yemen; sometimes with UK-made weapons.

Indeed, Peter Oborne insists that people in Yemen have told him that they think “our readiness to betray the Yemeni people was because of oil money and the arms trade”. And he says “I couldn’t disagree with them”.

The need for “moral courage”

Oborne also stresses that Ellwood himself “helped to block an independent international investigation into alleged Saudi war crimes in Yemen”; and “misled the House of Commons on several occasions last year when he said that the British government had carried out its own assessments of Saudi conduct and concluded that there had no breaches if international humanitarian law”.

And he lays the blame for this lack of meaningful action over Yemen on British foreign policy, saying:

the prime offenders are the Saudi war machine and its murderous allies among the Gulf states. Nevertheless, it would be wrong to absolve Ellwood of all responsibility… the central premise of our Middle Eastern policy has been never to criticise whatever faction of the dynasty of Saud is ruling the country they named after themselves. We have pretended that Saudi Arabia is a loyal ally in the “war against terror”… We ignore the fact that Saudi money bankrolled al-Qaeda and probably continues to bankroll its even more murderous successors.

To conclude, Oborne speaks of “moral courage”; needed to make decisions which do “not bring you into physical danger, but which may jeopardise your career, or cost you in some other way”. And he makes it clear that he doesn’t see much of this type of courage in the UK’s current government.