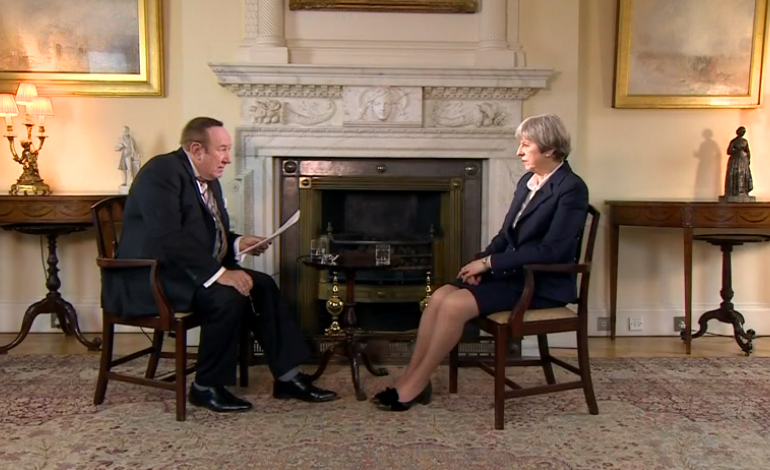 There is a reason former Prime Minister David Cameron refused one-on-one interviews with veteran broadcaster Andrew Neil. And Theresa May found it out in a 30-minute showdown over Brexit on 29 March.

Andrew Neil versus Theresa May

Avoiding the personalised jabbing of a less experienced reporter, Neil picked May apart with straightforward, targeted questions. He refused to move on, or respond to distractions by the PM – which made her attempts at evasion all the more unignorable.

Neil began by asking: “In what ways will Britain be a better country for leaving the European Union?” May answered that it was “for us to be in control; in control of our borders, in control of our laws”, and about creating a more just and equal society. Neil spent the rest of the interview forcing the Prime Minister to admit that none of these things would be achieved with her Brexit plan. Here are the key takeaways.

Neil: “But will immigration be significantly lower after Brexit?”

May refused to answer this question. Neil asked it repeatedly, pointing out that her stated target was nothing more than a repeat of the Conservative target of 100,000 net per year which was set seven years ago. When Neil asked for specifics about numbers from the EU, and the way applicants will be assessed, May had no answer either.

On the £50bn exit fee to leave the EU

This was perhaps the most awkward moment of the interview. Neil asked May no fewer than five times whether she would pay the £50bn exit fee proposed by the EU’s lead negotiator. Five times, the Prime Minister refused to answer the question.

Neil then set May against Brexit Minister David Davis. When the Prime Minister tried to describe the new free trade deal she will aim for outside the single market, this exchange happened:

TM: Well it will be a different relationship. That’s the point…

TM: What we’re both looking for is that comprehensive free trade agreement which gives that ability to trade freely into the European single market – and for them –

AN: But it can’t be the exact same benefits, can it?

TM: – and for them to trade with us. It will be a different relationship, but I think it can have the same benefits in terms of that free access to trade.

May refused to give a single straight answer, or make a single promise, that would guarantee her promises on Brexit. The Prime Minister refused even to confirm the two-year time limit on Brexit would be upheld. It was the great unraveling of a profound deceit.

One Twitter user helpfully put together a supercut of May not answering questions.

Here's a supercut of Theresa May not answering Andrew Neil's questions. pic.twitter.com/1jxAFaaGFk

You can see a full transcript of the interview here. Or watch here.

The interview was well-received. But for none of the reasons the Prime Minister might have hoped. It was clear that May had under-performed, and been picked apart by Neil.

This May interview on @BBCOne w/ @afneil is as horrifying as it is engaging. Neil fabulous. A genuine inquest of information and whits.

Thus far the Prime Minister has steadfastly refused to actually answer *any* of the questions @afneil is asking her.

I think @afneil can kiss the knighthood goodbye, repeatedly presses PM on the divorce exit fee, £50bn Neil muses as May squirms……awkward

The Prime Minister had an opportunity to set out her vision for Brexit. Instead, she spent 30 minutes attempting to avoid doing just that. If she’d hoped to pull this off like a House of Cards-style political genius, she failed. Instead, she looked like a frantic goalie from a Sunday league football team attempting to field penalties from Ronaldo. It would be funny, if the stakes were not so high.

It is important to remember that May didn’t get us into this mess. But she’s certainly doing her damnedest to avoid responsibility for making things any better.

– Read our past articles on Brexit.