Donald Trump takes nepotism to the next level. This time, with his daughter. [VIDEO] - Canary 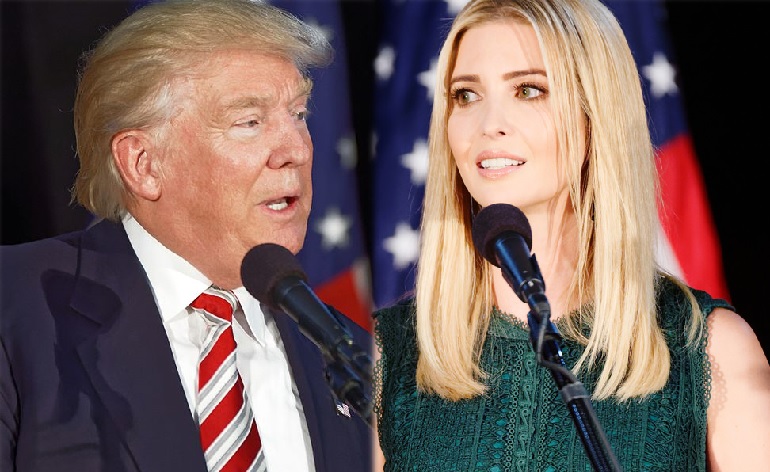 It appears that US President Donald Trump has just taken his nepotistic tendencies to a new level. On 29 March, The New York Times revealed that Trump’s daughter Ivanka will become a federal employee. Her title will be “Assistant to the President”. And she’ll become the first presidential child in modern history to do official work in the White House.

This comes just days after reports that a powerful new White House office – headed by Ivanka’s husband Jared Kushner – will ‘harvest ideas from the business world’.

It's official: Ivanka Trump has an actual job in the federal government pic.twitter.com/CTFwkNL16O

Ivanka will apparently not receive any money for her new role. But for many commentators, Ivanka’s official involvement in the Trump Administration is simply another example of nepotism:

Two of the top official advisors to the president are in his family. Brazen nepotism that would make despots blush. https://t.co/5rrpST7Yt0

Some even suggested the appointments made the US look like a monarchy:

And others just joked nervously:

Ivanka Trump, assistant to the President?
I don't think so!
Let's tell it like it is.
She is dad's babysitter!

Ivanka Trump WH job is a victory for every millionaire-at-birth handbag designer who ever dreamed of being her father's unpaid work-wife.

The Justice Department wrote a memo in January regarding federal anti-nepotism laws, in which it concluded that the rules don’t apply to the White House.

But to many Americans, this just looks bad.