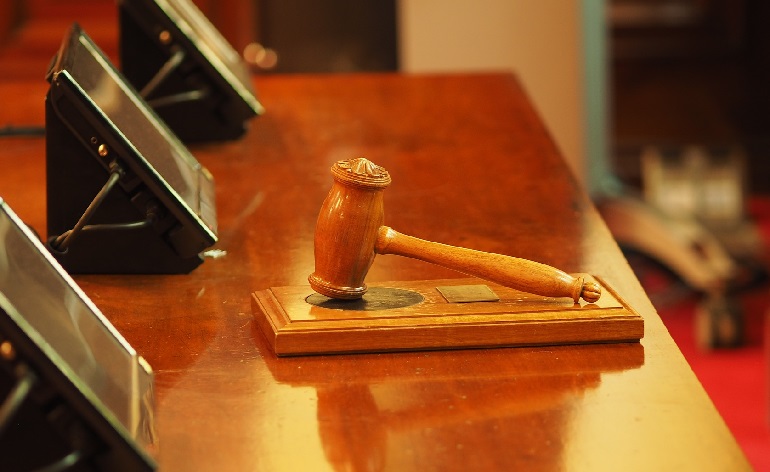 A Mexican judge recently caused outrage for a very controversial decision. In a sexual assault case, he ordered a suspect’s liberation because he claimed there was no ‘sexual intent’ behind the attack. But karma has now struck, with authorities suspending him and stepping in to investigate.

The assailant in question allegedly touched the breasts of a 17-year-old girl and penetrated her with his fingers on 1 January 2015. But Judge Anuar González Hemadi argued that authorities should release him because he had shown “no carnal intent” or desire to “copulate” when he did so. In other words, that he hadn’t done it for his own enjoyment. For González, the attacker didn’t deserve jail time for sexual abuse, because he was only guilty of “incidental touching”. He said:

an incidental touching or fondling will not be considered sexual acts, if proof is not presented that it was done to satisfy a sexual desire.

The alleged attacker and three other wealthy men in their 20s had abducted the victim outside a club and dragged her into a black Mercedes. She claims two of these men sexually assaulted her in the car, before a third raped her upon arrival at one of their homes. She says the attackers pushed her, took away her phone, and laughed when she pleaded with them to stop.

Mexicans responded to the judge’s decision with anger on social media. And many questioned whether the wealth and influence of the suspect’s family had played a key role in the ruling.

“A precedent for impunity”

Judicial authorities announced on 29 March that they had suspended González. But for some, the damage had already been done. The Network for Children’s Rights in Mexico called the ruling “absurd”, and said:

This ruling represents a serious step backward in the access to justice for girls and adolescent women who are victims of sexual violence, and sets a precedent for impunity.

But perceived impunity is nothing new in Mexico. In fact, this particular case only arrived in court after the victim’s father started a public campaign denouncing the attackers. This led to significant media coverage; and authorities finally brought charges against the men in question.

An environment of impunity

A critical Amnesty International report from 2016, meanwhile, shows a general environment of impunity in Mexico today. The group said that police officers had illegally arrested, tortured, and sexually abused dozens of women. But it claimed that authorities had only prosecuted a small number of the perpetrators. There are also numerous other cases – not necessarily involving sexual assault – which reveal what Al Jazeera has called “an apparent culture of impunity that allows some in Mexican law enforcement to detain and kill at will”.

There continued to be reports of torture and other ill-treatment, enforced disappearances, extrajudicial executions and arbitrary detentions. Impunity persisted for human rights violations and crimes under international law… Violence against women remained a major concern…