Young boy left to die in a room, as NHS forced to repeatedly delay his operation - Canary 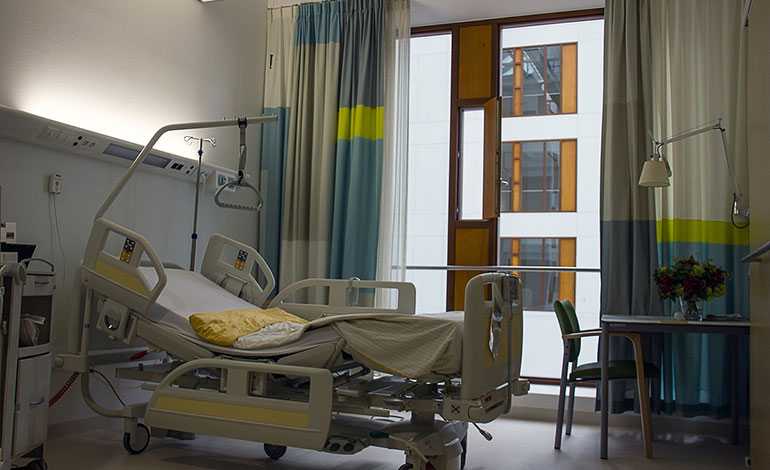 There is no denying that the NHS is under pressure. Who can forget the red alert meltdown in January? Almost half of NHS trusts across England declared major hospital alerts in one week. But it appears things have been going awry for a long time. As the NHS is forced to keep cancelling non-emergency operations to try and recover control, vulnerable people are being ignored and neglected. And only now are we understanding the full effects of all of this.

Kayden Bancroft was 20 months old when he died at Royal Manchester Children’s Hospital (RMCH) in April 2016. He’d been waiting three days for life-saving surgery. After falling and hurting his mouth, Bancroft was taken to Stepping Hill Hospital where it was discovered he had a hole in his diaphragm, and part of his bowel had burst through the hole. Staff asked for him to be transferred to RMCH, but were denied as there was no intensive care bed available.

He was transferred the following day to an ordinary ward and his surgery was repeatedly delayed. He then suffered a cardiac arrest, with nurses struggling for 30 minutes to resuscitate him.

Speaking of the hospital’s failure, she added:

After his cardiac arrest the doctors tried to bring him round, but he was without oxygen for almost half an hour. They took him to theatre, but I knew it was too late. It was four-and-a-half hours before they brought him back and they apologised there and then and said as a hospital they had failed him.

As the family’s lawyer Stephen Clarkson highlighted after the inquest into the hospital’s failure: “The real tragedy here is that Kayden’s death was entirely preventable”.

During the incident, it was revealed that senior surgeons repeatedly tried to warn trust management about the shortage of emergency operating theatres. Hospital consultant Mr Khalil also told the BBC: “On Thursday [two days after being admitted to RMCH], one of the surgeons had offered to cancel one of his elective lists, so that he could do Kayden as an emergency, but did not receive the support that he needed. That should not have happened.”

The trust told the BBC that it had no record of this request. It said:

We believe that there are sufficient theatres in our children’s hospital to cope with the demand for emergency cases; however, on occasions some children do have to wait for urgent surgery while emergency surgery takes place.

The trust would like to make it clear that at no time has it directed clinical staff to prioritise elective over non-elective care. As is the case at most similar hospitals, elective cases are regularly cancelled to accommodate emergency patients.

The consequences of cancelling operations and appointments are blatantly clear. But thanks to government underfunding, the NHS has been left without any other options. In 2016, 20,000 eye appointments were cancelled at Shropshire’s hospitals alone. Chief Executive of the NHS Simon Stevens has also revealed this is only likely to continue, as patients must wait longer for non-urgent operations as a ‘trade off’ for improvements in other areas.

It’s only so long before an urgent case like Bancroft’s gets overlooked in the chaos.

– Write to your MP demanding they take action to save our NHS.