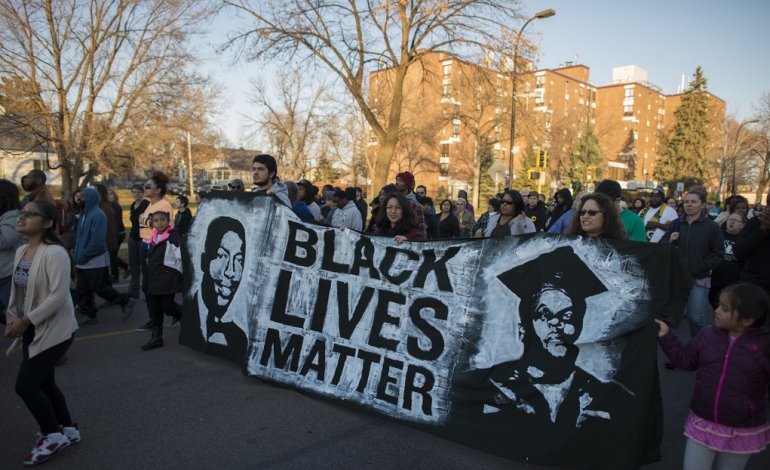 UN human rights experts David Kaye and Maina Kiai have criticised 19 US states (all Republican-governed) for introducing bills that would restrict freedom of expression and assembly.

They say these bills have “the purpose or effect of criminalising peaceful protests”. Kaye and Kiai underscore that these “undemocratic bills” come at a time when large protests are frequently taking place.

But this is no coincidence. It appears that lawmakers are attempting to crush threats to the status quo.

UN experts recently condemned Russia for its treatment of peaceful protesters. Last weekend, there were demonstrations across Russia following allegations of corruption against Prime Minister Dmitry Medvedev. Police arrested up to 1,000 protesters. Some were sent to prison or fined. The US State Department also criticised Russia. It called the situation an affront to democratic values.

But the hypocrisy lies in the fact that the US is also showing contempt for freedom of peaceful assembly. It’s a fundamental right in a democracy and not a privilege, as UN experts stress.

With respect to the US, UN experts highlight two particularly worrying bills. One is an Indiana Senate bill that would allow police forces to:

use any means necessary to clear the roads of people unlawfully obstructing vehicular traffic.

We’ve already seen law enforcement use pepper spray against peaceful protesters. And the vagueness of “any means necessary” may justify this kind of harsh and cruel treatment in the future.

Kaye and Kiai also highlight a Missouri bill, which would mean anyone found guilty of unlawfully obstructing traffic could serve up to seven years in prison.

The argument can be made that peaceful protest means not breaking any laws, such as disrupting basic infrastructure. And blocking roads may not be the most effective way to get the general public on your side.

But there are already laws in place relating to obstructing traffic. These bills aim to go a step further, by eroding people’s basic rights. One piece of legislation described protests as “violent”, to which UN experts said:

There can be no such thing in law as a violent protest… (only) violent protesters, who should be dealt with individually and appropriately by law enforcement.

Donald Trump promised to ‘Make America Great Again’, but limiting free speech and freedom of assembly is about as un-American as it gets. It’s unconstitutional.

We’ve already seen Trump show disregard for the constitution with his executive order on immigration. And the National Press Club said that Trump’s exclusion of media from a White House press conference was “unconstitutional censorship”.

The importance of civil liberties is built into the foundation of the US as a country. But Trump and the Republican Party are disrespecting this heritage and source of pride. ‘Make America Unfree’ is probably a much more accurate slogan.

– See more on Donald Trump and Russia at The Canary Global.