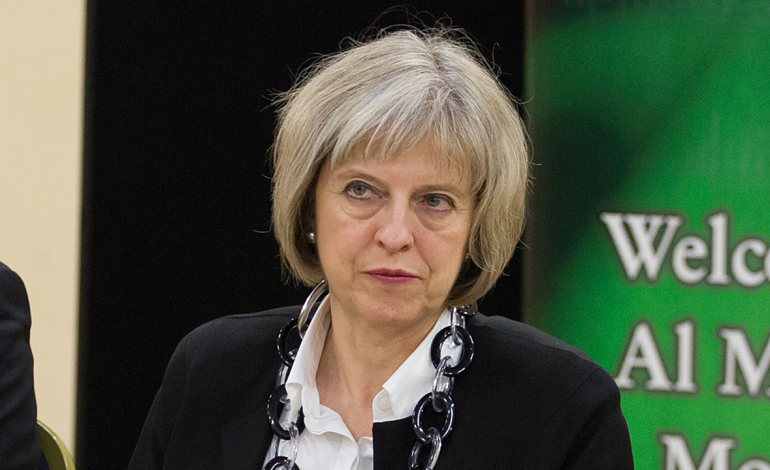 British Prime Minister Theresa May appears to be threatening the European Union with terrorism. That’s how many European leaders and newspapers interpreted her Article 50 letter, delivered on 29 March. Indeed, The Times ran with May threat to EU terror pact. And let’s not forget it was only a week earlier that Turkey’s increasingly dictatorial President Recep Tayyip Erdoğan was doing exactly the same thing, only far more crudely.

In security terms a failure to reach agreement would mean our cooperation in the fight against crime and terrorism would be weakened.

The implication is that such co-operation would be withdrawn or limited if there is no trade agreement.

This is barefaced blackmail: if you don’t open your single market to our products, the UK will cease police, intelligence and anti-terror cooperation.

It is shameful that Theresa May has threatened to withdraw security co-operation from our closest neighbours and allies. With growing terrorist threats from around the world, it is imperative that we work together with European allies for our mutual security… Security is too important to be used as a bargaining chip and this will backfire in any negotiations, which rather than building up alliances will leave Britain even more isolated.

And while Theresa May denied this was a threat, she added:

If we leave without a deal, the [crime and security] arrangements we have will lapse.

Downing Street clarified that the threat in the Article 50 letter referred to the European Arrest Warrant and Europol, not intelligence-sharing by GCHQ or NATO.

If you look at something like Europol, we are the largest contributor to Europol. So if we left Europol, then we would take our information – this is in the legislation – with us.

This is not a threat to the rest of Europe – it would be a serious act of self-harm.

Theresa May’s perceived threat would make dictatorial UK allies like Turkish President Erdoğan proud. Many regard Turkey’s leader as an authoritarian war criminal. And when he threatens Europe with terrorism, his words are hardly nuanced.

Earlier in March, Erdoğan issued a warning that EU citizens would no longer be safe if their leaders didn’t do what he wanted. His threats were not well-received. But this was nothing new, as he had already threatened and taunted the EU in the past. And this wasn’t out of character. In the last two years, Erdoğan’s regime has: forged an alliance with neo-Nazis; turned Turkey into “the world’s biggest prison for the media profession”, according to Reporters Without Borders; organised massacres and destruction in majority-Kurdish cities and towns; allegedly supported and armed Daesh (Isis/Isil) and other jihadi groups in Syria; and cracked down of human rights in Turkey. A recent UN report just adds to the body of evidence against the Turkish state.

British MPs, meanwhile, have already criticised Theresa May’s government for putting business before human rights in Turkey. But now, despite the recent terror attack in Westminster, May appears to be playing the same political games as Erdoğan too. And with the Article 50 letter, she succeeded in alienating the entire European continent by indirectly invoking images of terrorist attacks in Paris, Nice, Berlin, Brussels and elsewhere.

In doing so, she has put Britain to shame, with behaviour that a dictator would be proud of.