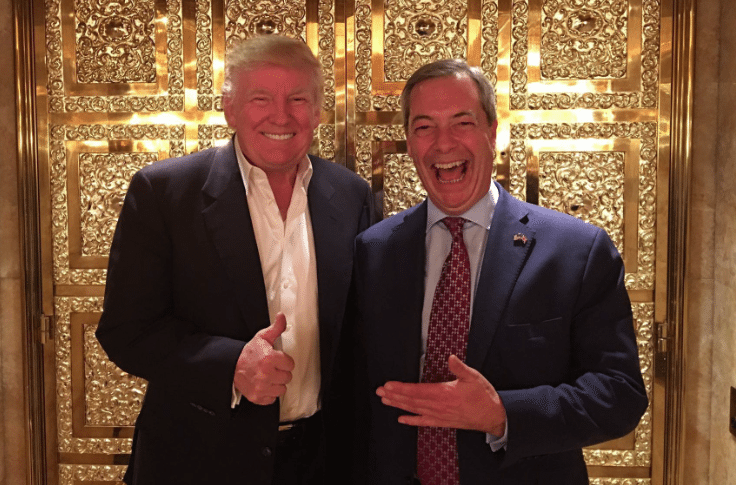 Defeating the populist right will be no easy task. But one big change will make that fight a lot easier.

That change is democratisation; both of our political processes, and of our media environment.

Today, Britain has one of the most concentrated media environments in the world. Just three companies control around 71% of national newspaper circulation. And The Canary has reported extensively on the resulting corporate/conservative bias.

The latest edition of the New Internationalist magazine – entitled Populism rises again – argues that the current media environment (not just in Britain, but around the world) has helped to fuel the rise of right-wing populism – as represented by the likes of Donald Trump and Nigel Farage. Magazine co-editor Dinyar Godrej writes [p16]:

The current distortions of the media landscape in the digital age – both established and social media – play a significant role.

Trump, he says, has personally “benefited enormously from a model of digital capitalism that makes it profitable to circulate false click-bait”. He also speaks of how:

Spreading across the internet are troll armies and twitter bots, funded by governments and wealthy individuals alike, ready to throw into question the credibility of news that doesn’t fit a particular frame and promote false versions.

well-funded rightwing groups have mastered [Google’s] algorithms by aggressively linking up sites, so that their views come up top.

In short, right-wing forces are on the rise partly because of the significant financial resources they have behind them. And to break free from this situation, we need a crowdfunded progressive media, free from the influence of the powerful companies that dominate the world’s media today. As The Canary has written:

For a truly independent and high-quality media, the public needs to join in, support it, and shape it.

This is one of the reasons The New Internationalist recently launched a unique crowdfunding effort to secure its future.

The latest New Internationalist gives global examples of today’s right-wing populism, explains why it exists, and provides examples of how to counter it. Godrej explains [p15] that one of the main factors behind the right’s recent growth is:

the stagnation of the current political consensus around neoliberal economic models which leave little practical difference between parties of the centre-Left and the Right. Labour parties are now labour only in name; their disconnect from the concerns of workers is profound.

Populism, meanwhile, fights this disconnected establishment with “appeals to ‘the people’ versus ‘the elite’”, an “undiplomatic style not normally associated with politicians (the so-called ‘common touch’)”, and the perpetuation of “a state of crisis to keep supporters mobilized”. In the case of Trump (and even Theresa May), Godrej says, these techniques have led to “some rather elitist anti-elitism”.

Too many ordinary people, Godrej argues [p18], feel powerless and “fed up with business as usual”. That’s why there’s so much hunger for change. But far-right forces are currently exploiting those sentiments using a “politics of exclusion that preys on their hopes for betterment”.

Author and political organiser Jonathan Matthew Smucker talks [p24] about the US context in particular. Across the Atlantic, he says, Republicans and Democrats both assumed that voters would line up in 2016 according to liberal or conservative positions on social issues (as they had previously). But people actually voted more along ‘populist vs establishment’ lines. So the argument from establishment Democrats that socialist Bernie Sanders “would have lost them the centre by spouting an ‘unrealistic’ progressive vision that goes too far” was completely wrong. “Remember,” Smucker stresses, “that they also argued that Trump was unelectable.”

what we need is more deliberative democracy, not the stunt-ridden song-and-dance routine we have been getting

And he quotes University of Sydney politics professor John Keane as saying:

What’s needed is something more radically democratic… a new politics of equitable redistribution of power, wealth and life chances that shows populism to be a form of counterfeit democracy. Once upon a time, such political redistribution was called “democracy”, or “welfare state”, or “socialism”.

To forge such a movement, he says:

Everything we do in the coming months and years should aim to connect with, inspire and activate larger social forces into aligned political action. We will need to provide training, coaching, resources and support at a national scale… We will need to relearn the ‘skills of democracy’… Ultimately, we will need to unleash a massive populist force that involves the active ongoing participation of millions…

In short, it is possible to defeat the populist right. But to do so, we need much more democracy. Both in our media, and in our political processes.

That fight has already begun. But we must all play our part.

– Discuss politics more with family members, colleagues and neighbours. And get organised! Join (and participate in the activities of) a union, an activist group, and/or a political party.