The government is allowing slavery to flourish in the UK - Canary 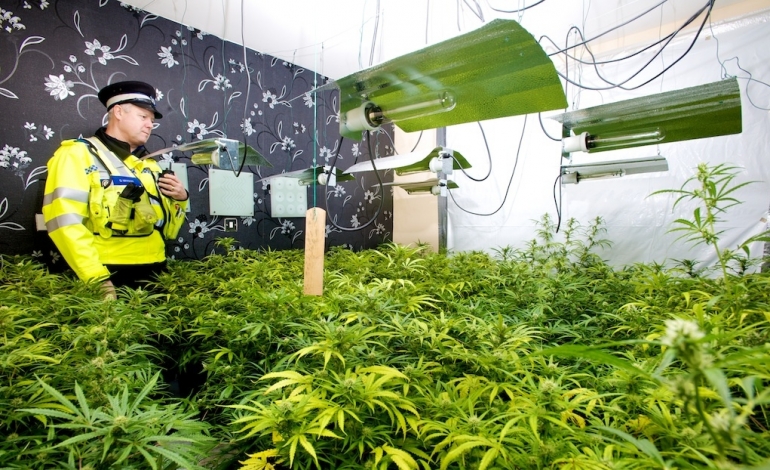 You may be surprised to learn that the UK has a slavery problem. But it’s true. Vietnamese teenagers are being trafficked and then enslaved on cannabis farms.

Independent anti-slavery commissioner Kevin Hyland criticised police forces for failing to deal with the situation in an urgent and committed manner. Hyland “want[s] to see more people pursued and prosecuted”. There has never been a successful prosecution of a human trafficker from Vietnam.

Trafficking people into slavery should be a high priority concern for the police. But this problem is a symptom. The more fundamental issue is the unregulated black market, which allows slavery to flourish in the first place. In a regulated market, these inhumane practices would disappear.

Teenagers working on these farms spoke to The Guardian. 15-year-old Tung was locked alone in a flat for two months. He developed an allergic reaction to the strong chemicals that were used in the cultivation. But he still had to carry on working. He said it was hard to breathe and sleep. And it damaged his lungs. When the flat was raided, Tung was sent to prison for 12 months.

During a raid on a house in Plymouth, police found a 13-year-old boy with injuries to his face. And in another case, a Vietnamese man and woman in charge of a cannabis farm told 15-year-old Bao (not his real name):

If you don’t do the watering properly, we will stop bringing you food and you will starve.

Bao spent five months in more or less complete isolation. Occasionally two men would visit him to check he was doing a good job. Bao says they threatened to beat him up if he got anything wrong.

Police also found three teenage boys in a former nuclear bunker in Wiltshire. They had no access to daylight or fresh air. With no working toilet, they had to urinate into bottles. And the dodgy electricity set-up meant that a fire could have happened at any time.

Most of these teenage boys owe money to traffickers, so when they are arrested and released, they sometimes go missing. They know their families will be at risk if they don’t comply with the traffickers. So they end up being put to work again.

Ethicist David Schwartz says that “As a consumer, you’re part of the chain”. He believes that consumers who buy cocaine “share in the moral culpability” for the unethical practices involved in its production.

You would be hard-pressed to find ‘ethical cocaine’. But what about cannabis grown in the UK? According to a report [pdf] published by the National Police Chiefs’ Council, a significant proportion of cannabis cultivated in the UK involves modern slavery. Unless you know who grows the cannabis you buy, it’s hard to know whether human abuse was part of its production or not.

Journalist Jay Rayner wrote that it’s hypocritical for middle-class people to argue for ethically sourced food and clothing, whilst buying cannabis and cocaine.

But as mentioned earlier, if the production of cannabis was licensed, regulated and controlled, this would put a stop to the crime. Even the police force recognises the merits of this argument. Detective inspector Paul Franklin said:

Perhaps there’s an argument that if it were legalised, you could do it [grow it] upfront and you wouldn’t all need this. But that’s for the government to decide.

It is for the government to decide. But it has so far decided to push drugs underground into the hands of criminal networks. Modern slavery is just another example of the harm caused by the UK’s prohibitive drug laws.