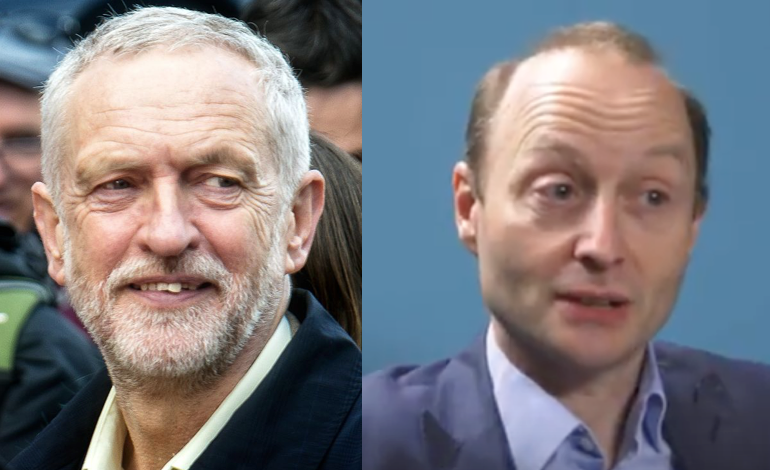 The political editor of Huffington Post UK has issued a 19-tweet, f-word laden rant to provide “proof of how utterly unprofessional, time wasting + downright shite some of Labour’s shadow cabinet really are”. And what major exposé did Paul Waugh drop on us? Labour had taken a story to a rival publication.

Waugh’s political email round up is called the Waugh Zone. And it’s an appropriate title, given the munitions he set off in the direction of the Labour party overnight.

For proof of how utterly unprofessional, time-wasting + downright shite some of Labour’s Shadow Cabinet really are, read on. (1/19)

We won’t repost the entire 19 tweet thread here, but it is worth witnessing in all its glory on Waugh’s twitter feed. We will pick some choice moments though.

In summary: Waugh has a lovely coffee with a member of the Labour shadow cabinet in which they agree to investigate something bad the Conservatives did. The Labour MP is tasked with checking facts and figures at the House of Commons library (which journalists don’t have access to). Then after some delay, the MP tells Waugh the numbers are actually shockingly bad – a big story. But they’re taking the story to a rival publication as an exclusive.

My response was unprintable. Safe to say it involved the F-word. (13/19)

And never have I been so appalled at such a duplicitous, discourteous and plain counter-productive media tactic. (15/19)

And I work for HuffPost. Imagine how they treat hostile newspapers, + all those readers they need to hv a hope of winning an elxn (16/19)

This should raise a wry smile from anyone who’s followed Waugh for some time. Some might argue his positions on Corbyn could be considered hostile. Such as treating the departure of Corbyn’s staff (who reportedly left on good terms) as an ‘exodus’. Prior to HuffPo UK, Waugh worked at The Independent, London Evening Standard, and Politics Home. None of which have many kind words for politics outside the neoliberal centre.

A final point: you, the taxpayer, are paying for this so-called Opposition. ‘Short money’ pays the staff wages. What a fucking waste (19/19)

Waugh’s response to not getting the story he wanted from Labour was to create a story. A story that would have his fellow Westminster press hounds salivating. He laid just enough clues to make sure his peers would know who he was targeting.

It’s an insight into just how ego-driven and personality-based Westminster journalism has become (or always was).

He went to Labour with a story idea. They then went to someone else with his idea. Hence the rage.

By this morning, it was everywhere.

Being passed over for a story has to hurt. No one is denying that. But we would hope that a self-confessed 19-year veteran of Westminster political journalism might have developed a tougher skin. The resulting calamity is testimony to the toxic state of Westminster journalism.

The political editor of a leading publication has issued an expletive-laden rant about a sitting MP, in public, over a lost story. This crosses the line from imbalanced, to unhinged. It’s the petulant tantrum of a press pup, when UK citizens need a veteran news hound. Brexit, the election expenses scandal, the government’s expanding cuts to the welfare state, growing poverty and hunger. These are just some of the issues that should be front and centre in the minds of the Westminster press pack. Instead, it’s a game of swords in the House of Commons toilets.

Far from proving the point Waugh intended, he has provided (accidentally) a view into the Labour grind. This is what the Labour team are dealing with each day. And really, would you want that job?