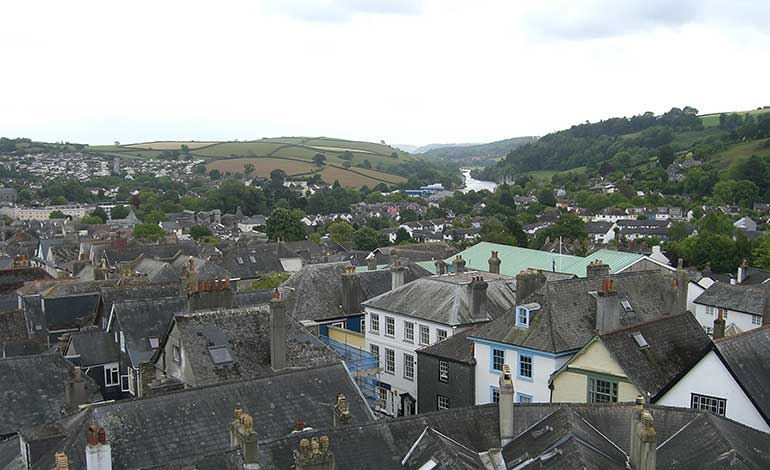 In our continued struggle against austerity, the NHS crisis and a hard Tory Brexit, it’s difficult to imagine we’re heading anywhere but in a downward spiral. Yet that hasn’t stopped a little town in the heart of Devon, which has come together to support an initiative that could inspire the whole nation.

A local group in Totnes, Devon, has been a pioneer in its campaign for LGBTQIA+ rights. It’s been pushing to implement the first permanent rainbow crossing in its town in a bid to celebrate and support diversity. Once implemented, the crossing will be the first of its kind in Europe.

After a successful pilot scheme in 2014, which gained the support of the town and county council, campaign group Proud2Be is now able to make its multi-coloured zebra crossing a permanent feature.

Of the crossing, Proud2Be said:

The crossing will be a way of celebrating diversity in Totnes and raising awareness about the issues still faced by the lesbian, gay, bisexual and/or trans+ (LGBT+) community, all over the world.

While some may consider the crossing unnecessary, others have declared its importance. Businesses and groups such as the People’s Postcode Lottery and Devon and Cornwall Police have also pledged their support.

Why is it important?

A colourful crossing cannot physically prevent hate crime, but it can raise awareness.

In certain areas of the country, homophobic hate crime has been increasing. In London alone, there’s been a 12% increase in incidents over the past two years. According to a recent report [pdf p4] by LGBT anti-violence charity Galop, up to 2.1 million people in the UK have experienced hate crime due to their sexual orientation or gender identity. 1 in 4 [pdf p5] experience physical assault as part of that hate crime.

Recent figures suggest that the number of hate crimes in parts of Devon has remained fairly static since 2012. But according to the county’s police force, such figures do not reflect the true picture. Because many go unreported. Likewise, some argue that living in more rural areas can be harder on LGBTQIA+ people because there is less support.

Dr Stevie-Jade Hardy, a lecturer at the University of Leicester’s centre for hate studies, argues that those in rural communities are left “lonely and isolated with nowhere to turn”. During her studies, she found that many victims did not report incidents to the police for fear of not being taken seriously or being “outed” to their families.

While this little crossing may only be a small step, it’s a step in the right direction. And among the cuts and austerity that are ripping the UK apart, it’s certainly one that’s brought this community together.

—Find out more about Proud2Be and support the new crossing.

— Find out more about Galop.