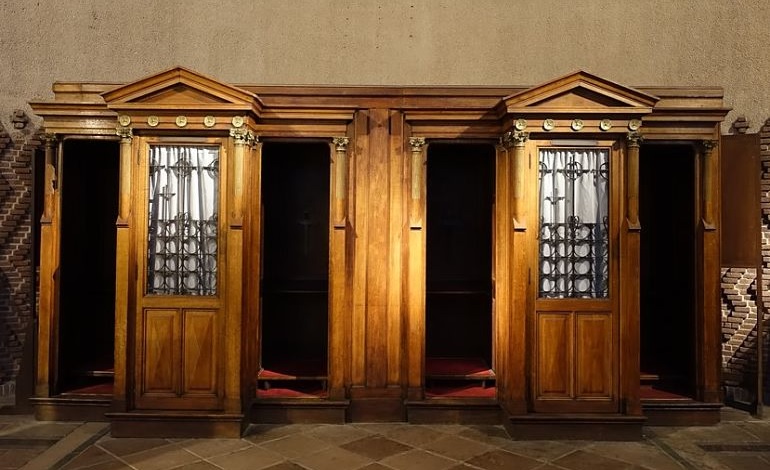 31 March is National Kindness Day. And people are cracking up over a picture that’s circulating on social media.

Kindness, of course, comes in many forms. And making people laugh is one of them.

So this genius piece of ‘advice’, apparently from a Catholic church, couldn’t have come at a better time.

On a lighter note, this sign, spotted at a Catholic Church, reads like a passive-aggressive flatmate angry with people using up the milk. pic.twitter.com/E4687eQBJs

Three ‘Hail Marys’ and off you go

The sign has circulated on the internet before. People have variously attributed it to churches in Scotland, Ireland and the US. And probably others we’re unaware of. It is therefore a sign that seemingly exists everywhere, all of the time. Which is apt, of course. Because that’s exactly the way God himself is said to roll.

Or maybe it doesn’t exist at all. Which is, again, fitting. If you’re an atheist, that is.

No need to explain why you did it. Thank you very much.

Whether churchgoers appreciated the brevity of confession that day (if the sign does indeed exist) is unknown. But the sentiment this short-staffed church expressed in its notice is heavily on display on National Kindness Day.

People are calling for others to show kindness, without explanation of ‘why you did it’. They are urging people to be kind to those who are hungry but cannot afford to eat. And kind to our world. Kind to children. To animals. To anyone you come across, in fact. And, of course, to be kind to yourself.

The re-emergence of the church sign has been a kindness to anyone who’s seen it. Because it’s got them in stitches. But on National Kindness Day, it doesn’t stop there. And nor should it on any day. Because, as people say, a little bit of kindness goes a very long way.