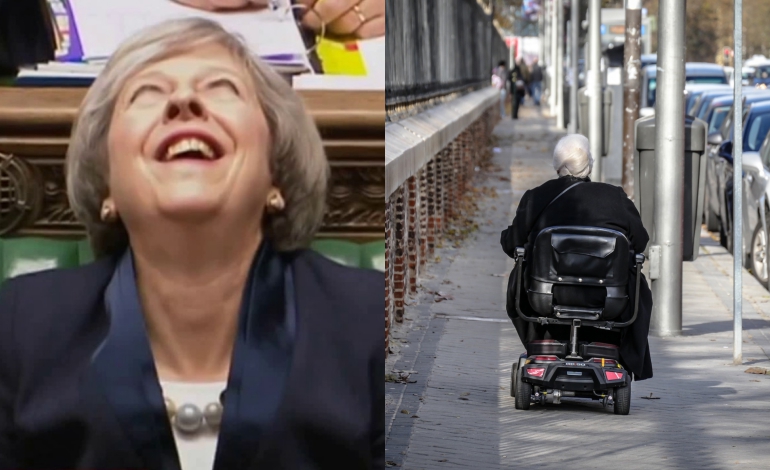 The Conservative government has used the Easter break as an excuse to deny disability benefits to 160,000 people. Controversial changes to Personal Independence Payments (PIP) were subject to an Emergency Debate on Wednesday 29 March. But due to parliament’s Easter break, there will be no time for a vote.

Two tribunal judgements found that the current criteria for claiming Personal Independence Payment (PIP) were insufficient. But the government doesn’t want to pay the extra cost. And so, in an attempt to save £3.7bn, it introduced emergency legislation to overrule the tribunal decision.

Instead of supporting disabled people, the benefits system seems increasingly rigged against them. The whole system needs urgent improvement, in order to accurately assess the support they need. Disabled people cannot afford to wait.

Even the government’s own welfare advisers criticised the changes. The Social Security Advisory Committee’s report into the changes found that:

The department should both (a) consult more widely with representative bodies and health care professionals; and (b) improve the estimate of likely impact before the changes are introduced.

And finally, the House of Lords spoke out about the decision. While a motion to defeat the changes was halted, the Lords did vote to “regret” the changes. But unfortunately, their “regret” will have no impact on the disabled people losing their benefits. It is simply a motion that criticises the government.

But while the government argued that this legislation needed to be brought in urgently due to the amount of money involved, Shadow Department of Work and Pensions Secretary Debbie Abrahams stated:

Not a joking matter

And with even their own MPs speaking out against the changes, the government knew that it was likely to lose if it came to a vote. DWP Secretary Damien Green joked that allowing a vote was:

But it’s far from a joke. And instead, it was left until the last day of parliament before Easter for the emergency debate. This means, under the terms of emergency legislation, that MPs will be out of time to demand a vote after the break. Abrahams described it as a:

The nasty party is alive and kicking. A party that is prepared to screw over disabled people without parliamentary scrutiny. Many MPs spoke passionately at the emergency debate – describing what has happened to their own constituents.

But ultimately, it was in vain. Because there was no vote. And the changes are now law.

The government not only doesn’t care about disabled people, it treats them with contempt. Our so-called democracy has failed. And now it’s down to us to make sure that they don’t get away with it.

Featured image via screengrab and Pixabay