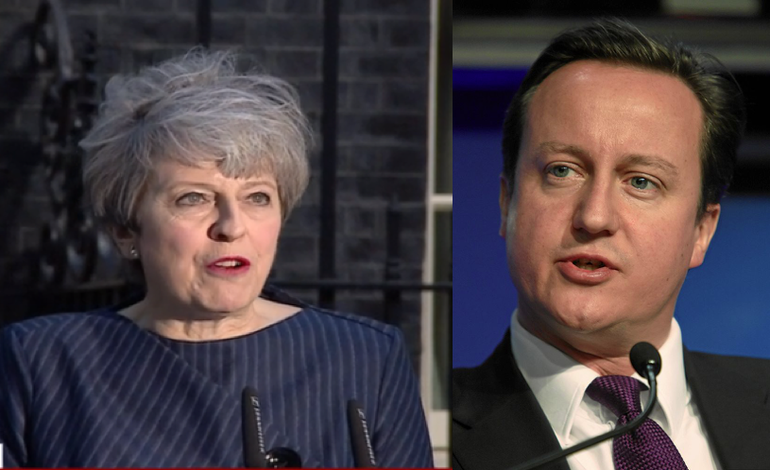 Prime Minister Theresa May has announced that a snap general election will take place on 8 June this year. Her predecessor David Cameron came out of retirement with his reaction to the shock call, and it did not go well for him.

David Cameron is back

Cameron bears principal responsibility for Brexit. As Prime Minister, he pledged to hold an unnecessary referendum as part of a poorly played political sword fight against internal party opponents. The result was Britain leaving the EU thanks to a bun fight between two old Etonians (Cameron and Boris Johnson). Cameron resigned the morning after the vote, leaving others to clean up the mess.

He came out of political retirement on Tuesday morning to react to May’s call for a snap general election on 8 June.

Brave – and right – decision by PM @Theresa_May. My very best wishes to all Conservative candidates. @Conservatives

But none seemed particularly pleased to hear from the former PM. 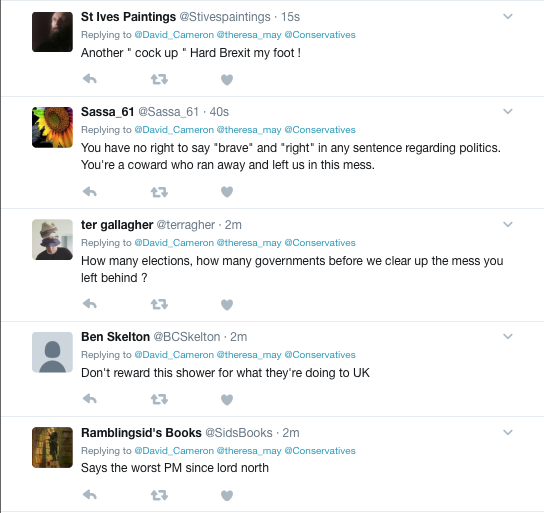 A reminder of false promises

Cameron couldn’t have shown up at a better time. He is a reminder of the false promise of the Conservative Party in government. He came to office with the promise of a Big Society, to bring down debt and clear the deficit.

But in reality, he left Britain having racked up more debt than the previous three Labour governments put together. The deficit left by Cameron and George Osborne remains higher than under Labour prior to the financial crisis. 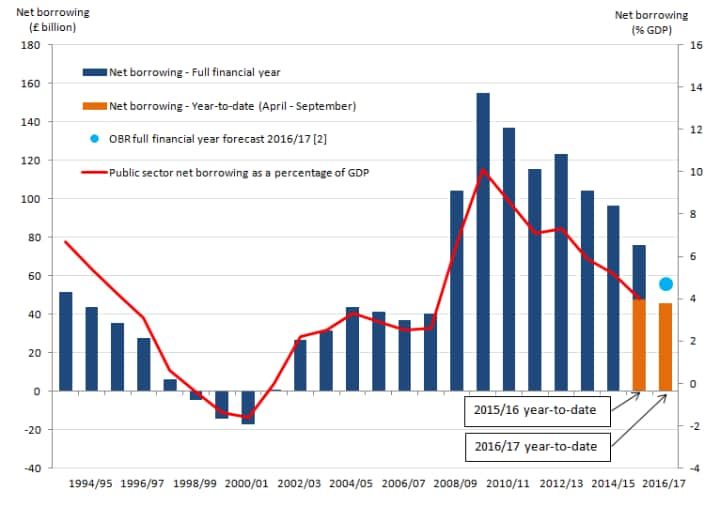 But unlike prior to the financial crisis, the country is not experiencing a financial boom. The government’s austerity programmes have decimated public services, wages, job security, housing security, and the lives of sick, disabled and unemployed people. Just two regions of the UK are as well off or better off than they were in 2007. Unsurprisingly, they are London and the South East. Every other region of the UK is poorer today than in 2007, and some are in full depression.

Meanwhile, the growing fortunes of the super-rich in just two regions of the country are presented as economic growth. 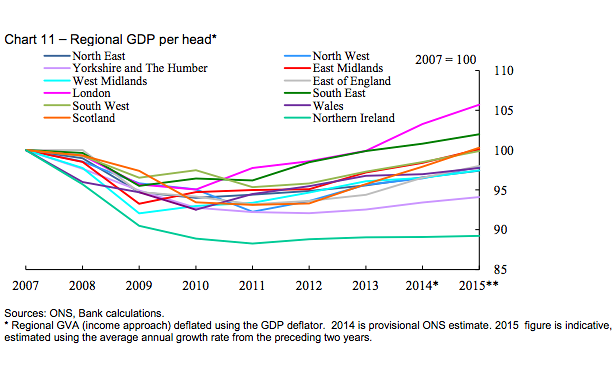 On 8 June, UK voters get the chance to bring bogus austerity to an end.

And they will have to ask themselves a question: what kind of country do we want to live in?

You can see Theresa May’s full general election announcement in the video below.