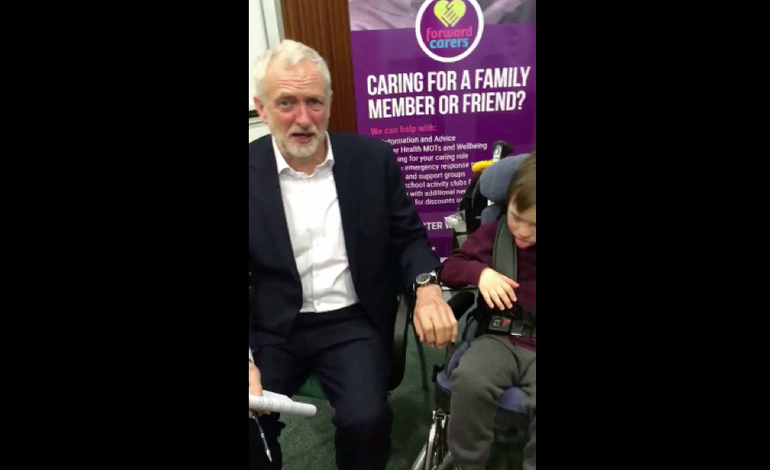 There are just six weeks before UK voters go to the ballot boxes for the 8 June general election. For some in politics, this means any and all targets are legitimate – even children. And forces opposed to Jeremy Corbyn have now targeted a disabled child in efforts to hurt the Labour leader.

As The Canary reported previously, Katherine Jack and her son Brett were attending a carers’ conference when they met Corbyn. As the Labour leader and Brett joked with each other, Jack took a film on her smart phone.

Corbyn was attending the event to launch his pledge to carers. There are currently 6.5 million people in the UK who are caring for elderly, sick or disabled loved ones for 35 or more hours each week. If Labour wins the general election in June, Corbyn has pledged to increase the Carer’s Allowance by 17%.

Labour would fund the increase’s cost of £538m by scrapping the Conservative Party’s planned £650m cut to inheritance tax.

Writing about the encounter on Facebook, Ms Jack said:

My awesome little man just had a few minutes with JC, the press were allowed to stay for the first 15 minutes of the carers meeting with JC and they asked some bloody horrible questions!

? l asked him how he copes with the press and he said “with a lot of patience!” And he then winked. I love that man, he’s so calm and is exactly what this country needs!!!

While many people celebrated a rare human moment in politics, others targeted Ms Jack and her son for harassment. Users described Brett as a ‘drooling cabbage’.

Others called them out with a meme saying that trolls die if you don’t feed them. They replied: “So do retarded kids in wheelchairs.” 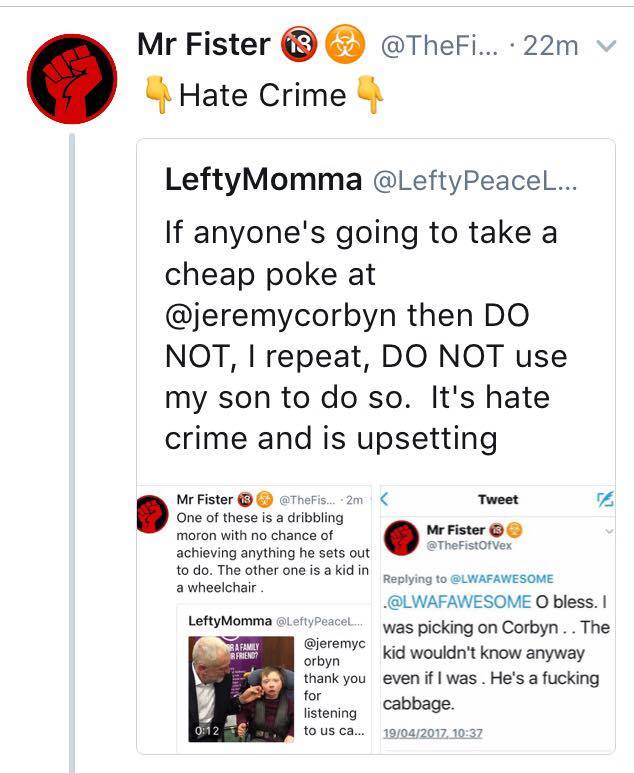 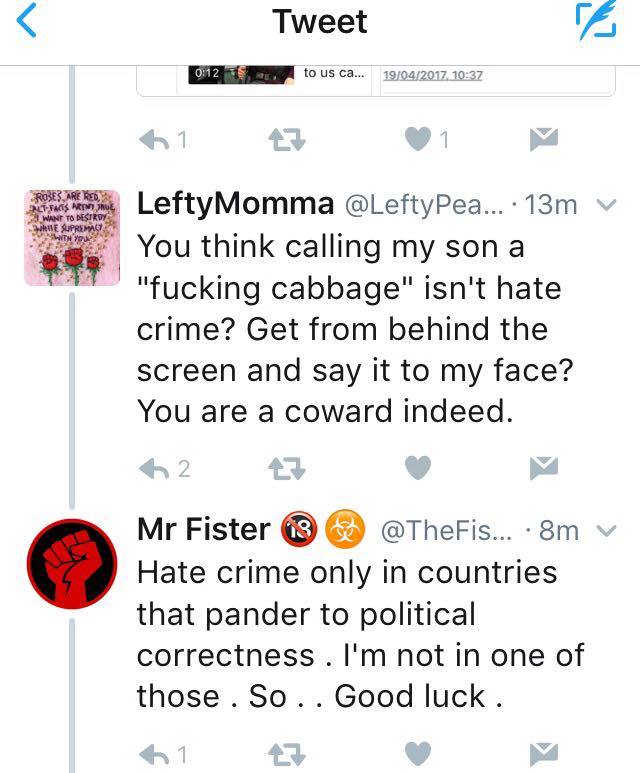 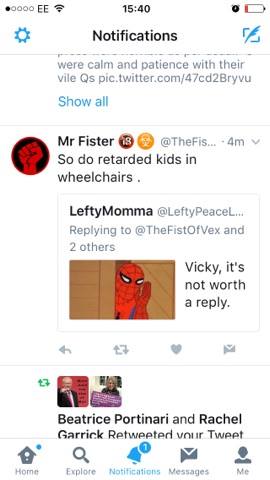 Experiencing first hand how nasty twitter trolls can be was eye opening. It was so upsetting to read those things said about my son, and makes me question why these people feel social media is a safe platform to write what is effectively hate crime.

Reacting to the comments without getting upset or angry was impossible and I only experienced it for a day. I cannot imagine how Jeremy Corbyn manages to handle the same social media onslaught daily.

The footage and the reaction remind us of the importance of our vote on 8 June.

Voters will have to ask themselves a question: what kind of country do we want to live in?

For the first time in years, UK voters have a real choice at the ballot box. Do we want to build a country which rewards cooperation, innovation, team work and excellence? And where no person or community is left behind? Or do we continue our decline as a tired lackey of the United States, heaping reward on failure, and prioritising patronage over progress?

Let’s make June the end of May.