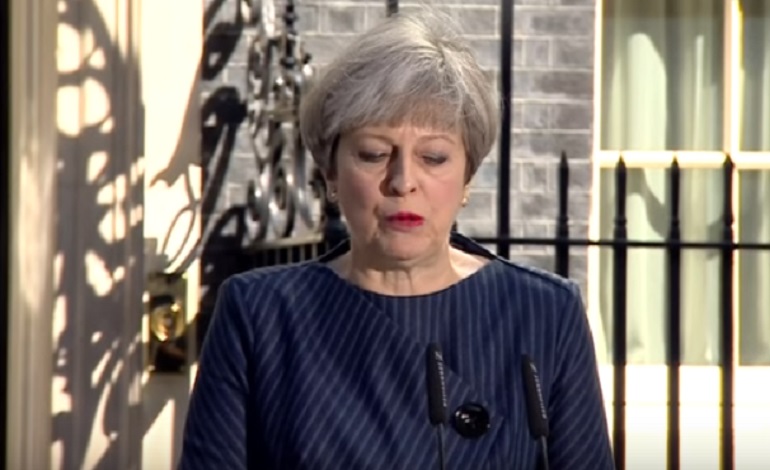 Theresa May’s respected press secretary has quit, just weeks ahead of the general election. It is one among a number of high-profile resignations from the Prime Minister’s core team, signalling all is not well at Number 10.

Lizzie Loudon was to Theresa May as Alastair Campbell was to Tony Blair. Conservative magazine The Spectator described her as “No 10’s secret weapon”. She is widely respected, and was an integral member of May’s team. But she was always going to have her work cut out with the Conservative Prime Minister, whose approach to public engagement seems to be nil.

Has been on the cards. Was known to be unhappy. Theresa May's inner circle now the size of a Polo mint. https://t.co/pUuIw72MEF

Exodus of capable staffers from Theresa May's top team does not give the sense of a confident government with a positive vision, does it?

The Westminster rumour mill is busy speculating about the cause of the resignations.

The PM refused to participate in televised leadership debates ahead of the election. ITV has confirmed it will hold the debates regardless, empty chairing the Prime Minister if she refuses to appear. It doesn’t take a PR genius to realise how devastating the image of May’s empty chair would be at that debate.

Loudon is not the only staffer leaving Downing Street. The Prime Minister’s Director of Communications has also resigned. Katie Perrior is another member of May’s dream team, hired alongside Loudon less than a year ago. To lose two members of her core team in a matter of days, just weeks before a general election, signals crisis in Downing Street.

The opening days of May’s campaign have been calamitous. First, the PM decided she would refuse the TV debates. This led to ITV and opposition leaders placing the Prime Minister in an untenable position. May has barely been visible. And when she has, the results have been less than rousing.

Meanwhile, the opposition leaders have been hitting the road, creating excitement around their campaigns. And there has been a surge in bets for Labour leader Jeremy Corbyn to become the next Prime Minister.

Theresa May called the snap election hoping positive polling and a media universally hostile to her opponent would guarantee victory. The PM has made a political gamble. By winning an election pre-Brexit, she avoids a potential ouster as a hard Tory Brexit becomes reality. But just days into the campaign, it’s becoming clear that this election is no cake walk. UK voters finally have a real choice at the ballot box.