The Shadow Trade Secretary steps up his game, takes down Sky News bias live on air [VIDEO] - The Canary 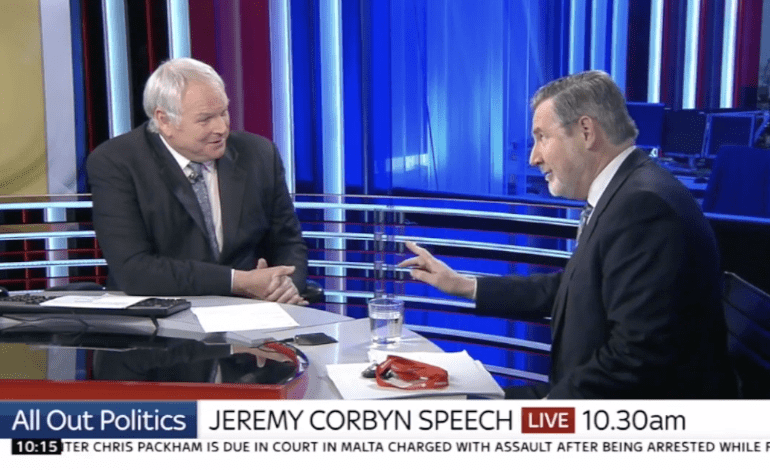 Shadow Trade Secretary Barry Gardiner did not hold back in a Sky interview on 20 April. Gardiner called out host Adam Boulton for giving Conservative Iain Duncan Smith a gentle ride:

On Sky, Gardiner didn’t hold back:

Adam, why did you let him off the hook?

The MP for Brent North questioned whether Labour receives the same treatment:

Theresa May has recommitted her party to reducing net migration to below 100,000. The Conservatives pledged the same in their 2010 manifesto, but net migration stood at 273,000 over six years later.

She didn’t get it below 100,000. And in fact, it’s now up to almost 300,000. This was a key manifesto commitment and you just sort of sit back and say ‘oh well you didn’t manage it’. And now they are saying to you ‘look it doesn’t matter, we’ll just control it in some way’. And you say ‘oh well that’s fine’. This is outrageous. you’re supposed to be holding him to account. You’re going to do that to me.

Then, the presenter put the question onto Gardiner:

Is Labour going to have this target of getting immigration below 100,000?

Shall I tell you why not? In fact, what we’ve done is put our economic policy before our immigration policy

Research by two leading migration economists at University College showed European migrants made a net contribution of £20bn to UK public finances from 2000-11. If people give in to the xenophobic narrative, it only legitimises anti-immigrant scapegoating. This hands votes to the Conservatives and UKIP.

On any issue, progressive parties need to directly challenge corporate media bias. Hats off to Gardiner for taking Sky to pieces.