A woman using food banks breaks down on live TV: ‘I need to let the nation know what it’s like’ - Canary 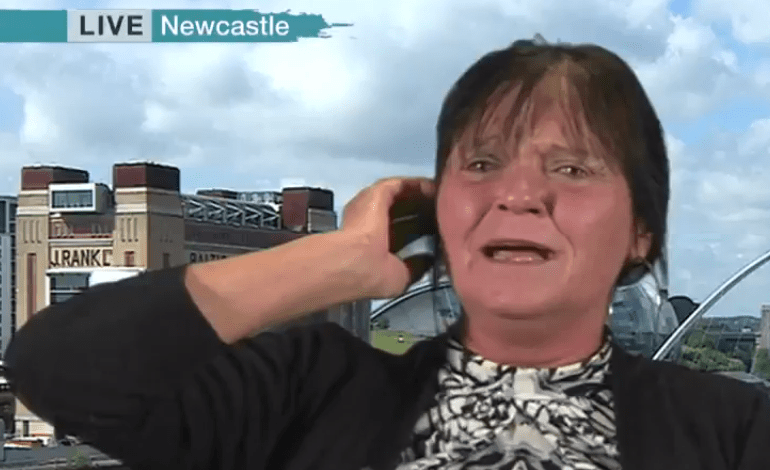 Tracey Culham broke down on national television on 25 April. Speaking about using food banks on Victoria Derbyshire, she said “I need to let the nation know what it’s like”:

"It's degrading, especially when you've worked all your life"

Tracey had to use food banks because her Universal Credit was delayed. pic.twitter.com/kb6b4osTBg

Culham said using food banks is “the most degrading thing”, especially when “you’ve worked all your life”. Her intervention on national television is a glimpse of the reality for many under the Conservative austerity programme.

Food poverty has skyrocketed under the Conservatives

The Conservative government is directly responsible for pushing ordinary people into food poverty. The number of three-day food packages sent out by the Trussell Trust alone increased from 40,898 to 1,182,954 between 2010 and 2016-17. That’s a record-breaking increase of 2,792% since the Conservatives came to power.

The government tries to downplay the connection between its policies and food bank use, saying that it’s “complex”. But, as common sense suggests, an Oxford University study confirms a “robust link” between the stripping down of the welfare state and food bank use.

Recently, the government’s flagship welfare overhaul to Universal Credit has only added to the chaos, leading to an even greater spike in food bank use.

And the public spending cuts are only deepening under May’s premiership. Her Chancellor, Philip Hammond, recommitted to austerity in his budget speech [10:20]. The worst of that austerity is coming through under May, with cuts of £51.4bn between 2015 and 2019.

A breakdown of the top reasons for food banks

The Trussell Trust also produced a breakdown of the top reasons people are using food banks: 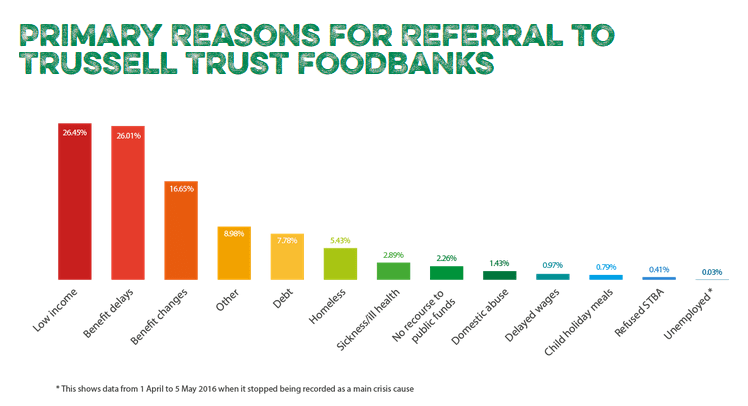 Number one cause of people using foodbanks is low-income. Labour’s real Living Wage of £10/hour will eradicate poverty wages

Labour is also committed to ending austerity and transitioning to an investment-based economy. The impact of such an economic approach would go beyond helping vulnerable people like Culham. The returns on investment would bring down public debt and facilitate economic activity. But on top of that, the new economy would be civilised. People wouldn’t be breaking down over a lack of food on live television.