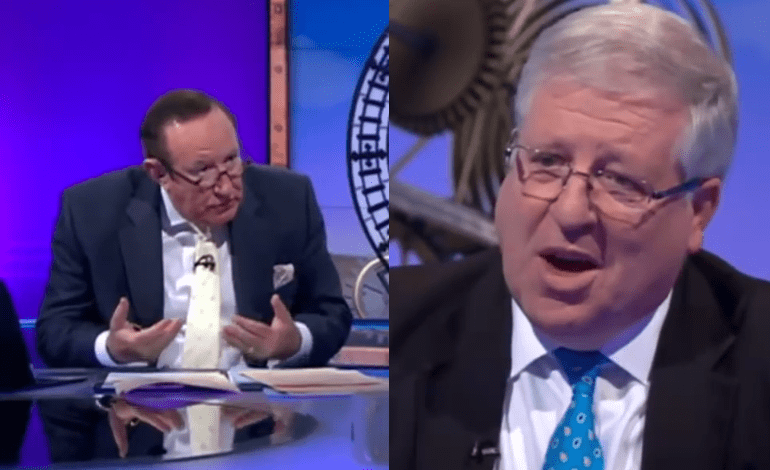 Andrew Neil has forced the Conservative Party Chairman to admit there’s no good reason for voting Tory this election. Many people would consider lower taxes the key reason to vote blue. Seeing as the Conservatives are the party of low taxes, while Labour will have the taxman rapping at your door… right?

Well, Chairman Patrick McLoughlin certainly pushed that narrative on BBC Daily Politics. Responding to a grilling on possible Tory tax hikes for people on low to middle incomes, he said:

The Conservative Party will want to see taxes reduced. It is the Labour Party which will put up taxes

Eventually, McLoughlin was forced to admit:

How can this be?

The Conservatives are set to hugely increase the tax burden because of a fundamental misunderstanding of how the economy works. As Phil McDuff writes at Novara Media:

The ‘governments = households’ fallacy is an example of something which is simple, intuitive, and wrong. It fits into a standard narrative that we can easily understand. The trouble is, however, that macroeconomics can be counter-intuitive.

The “standard narrative” is that government finances work the same as a household’s. So people accept that the government must cut spending in order to save money, like a household would. But the economy does not work like that. Starving the economy of public investment stifles growth. That’s why debt has been rising under the Conservatives, along with the tax burden.

Labour under Jeremy Corbyn takes a different approach to the economy. An approach that is grounded in the work of macroeconomist John Maynard Keynes. Keynes has also been placed in the household narrative. Ann Pettifor, one of the few to predict the 2008 global financial crash, comments [7.50]:

When you say the word ‘Keynesian’ everyone thinks ‘tax and spend’. And that’s how his enemies defined Keynes.

But calculated public investment actually brings profitable returns. So you don’t need to rely on taxes. When we founded the NHS and built over a million new homes – 80% of which were social housing – under Clement Attlee’s post-war government, public debt was at 225% of GDP. One might imagine that amount of investment would have cost rather a lot. But between 1945 and 1980, national debt had fallen to just 45% of GDP.

Meanwhile, under the Tories, we are facing the highest tax burden since the 1980s, along with rising debt. Neil was spot on to challenge the Conservative Chairman on such a fundamental issue. Because the idea that the Conservatives are the party of low taxes is fantasy.