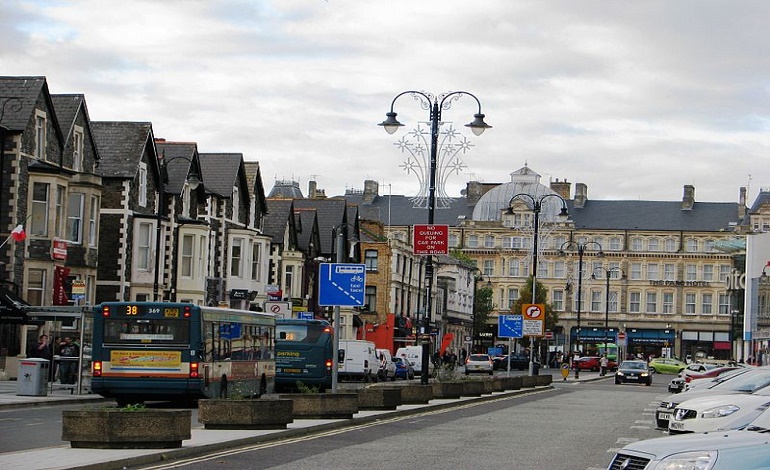 New figures have revealed a sharp rise in food bank use in one of the largest cities in the UK. A place that elected a Tory MP in 2015. But despite this, it is again on the Conservative Party’s “target seats” list. And Plaid Cymru leader Leanne Wood has not held back in slamming the Tories for their “callous policies” hitting the city hard.

The top three reasons people gave for having to use food banks were:

But Cardiff is among the Tories’ target seats for the general election. The party is aiming to win in Cardiff West, Cardiff South and Penarth, and Cardiff Central. Three seats currently in Labour hands. The Canary spoke exclusively to Plaid Cymru leader Leanne Wood. She said:

The rise of food banks in Wales, and in Cardiff in particular, is distressing but not that surprising. When I first became aware of food banks and got involved with helping some of the ones in my patch, the network was a lot smaller than it is today. After years of a Tory-led coalition and now two years of the Tories governing on their own, the network has increased substantially. Food is a basic human right so to have such a large number of people unable to feed themselves is a stain on the state and those that govern. The Tories have to take most of the blame for presiding over a series of callous policies which have targeted many in our society. The Tories have also been responsible for the shocking delays in the social security system that leads to many of the food bank referrals.

Labour in Westminster cannot escape any responsibility either – their ineffective opposition has allowed the Tories to do exactly what they want. On 8 June, we have a chance in Wales to reject the Westminster rule that has over decades made Wales one of the poorest parts of Western Europe. That is why I am urging people to vote for change and vote for the Party of Wales. Plaid Cymru.

And a report by the All Party Parliamentary Group (APPG) on Hunger estimates that over half the emergency food issued comes from organisations independent from the Trussell Trust’s figures. So, this means the real numbers are much higher.

The reasons for food bank use are complex, so it’s misleading to link them to any one issue. We work closely with local authorities to support those who need extra help. Budgeting support, benefit advances, and direct rent payments to landlords are available to those who need them.

The Tories can claim the issues surrounding food banks are “complex” all they want. But the fact of the matter is simple. In the sixth richest country in the world, people are having to rely on charities for food. And this is a fact that not only the people of Cardiff should bear in mind, but everyone in the UK too, when they cast their vote in the general election.