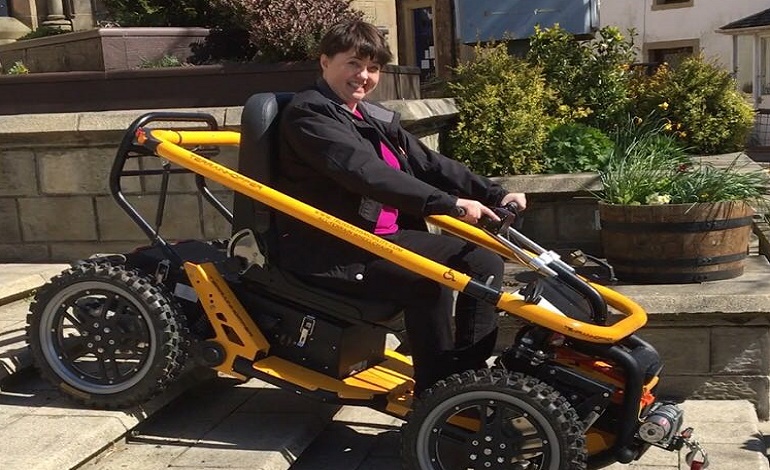 The Conservative Party has been caught up in yet another storm, this time involving a photo opportunity that backfired rather spectacularly. And it highlights the utter detachment the party has from the public.

The Tories just did what…?

Great to catch up with those wonderful people @Trossachsmobil1 – helping those with mobility issues get out into the countryside & hills. pic.twitter.com/pg9rPuywwb

As did her Tory colleague Dean Lockhart:

But her appearance immediately prompted a fierce backlash from politicians and the public alike. Because the Tories have taken Motability vehicles away from 51,000 disabled people. All since they introduced welfare reforms in 2013.

People have lost their vehicles due to the government switching their benefits. Previously, Motability vehicles were available to those receiving the higher rate of Disability Living Allowance (DLA). But since the 2012 Welfare Reform Act, many claimants have been forced to move to Personal Independence Payment (PIP). It is now harder to get the enhanced rate. And as a result, around 800-900 people a week have been losing their vehicles. As Scottish First Minister Nicola Sturgeon pointed out:

800 disabled people a week are losing their motability cars due to Tory cuts to disability benefits. https://t.co/NsGB9PYZ5O

Even Trossachs Mobility had to issue a clarification of its political stance:

We are a non political charity we appreciate the support from any party or individual our aim is Access #SNP #Tories pic.twitter.com/uN9tvSRNgy

Speaking to The Canary, Linda Burnip from the campaign group Disabled People Against Cuts (DPAC) said of Davidson and her ‘photo op’:

Ruth Davidson shows yet again her ignorance and contempt for disabled people rattling around in an all terrain wheelchair that most could never afford and saying access to the countryside is important. It is directly the policies of her government that are the cause of disabled people losing not only their motability vehicles, which gave them access to the countryside, but in an increasing number of cases having wheelchairs repossessed and being unable to even leave their homes.

DPAC is holding a protest outside parliament on Tuesday 2 May to raise awareness of the Conservatives’ treatment of disabled people. Called #NotTheFuckingTories, it will draw attention to what seven years of Tory policies have done to disabled people. And it will push the message that the public must not vote them in again. It also ties in with the group’s #CripTheVoteUK campaign, to ensure that disabled people get out and vote on 8 June.

Davidson’s brash appearance reeks of hypocrisy. But it also stinks of a complete and utter contempt for disabled people. Because not only have the Tories cut people’s Motability cars, but they have also been the subject of two UN reports. These stated the government has committed “grave” and “systematic” violations of disabled people’s human rights. So Davidson can parade herself as much as she wants in front of disabled charities. But it doesn’t wash with disabled people, who have been savaged by her party.

Update, 10pm, 26 April: The Canary would like to point out that as well as DPAC #CripTheVoteUK campaign, there is an ‘official’ one of the same name. You may wish to follow it too, here.