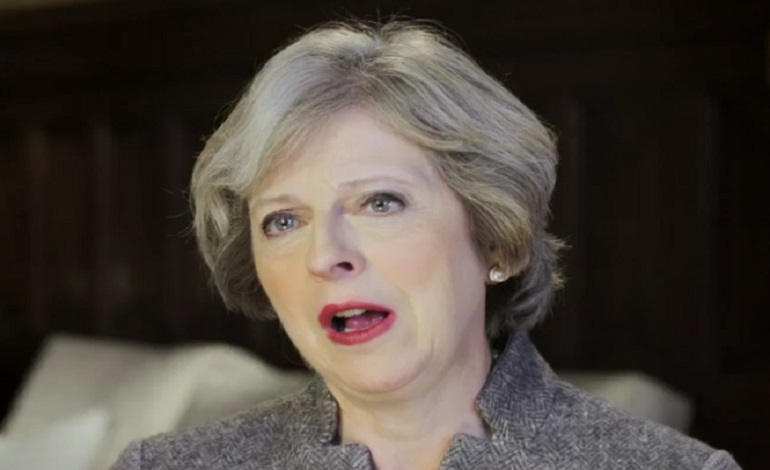 As The Canary previously reported, many of the Conservatives’ claims in the video are either out of context or out of date. And we weren’t the only ones to point that out:

Fortunately, the propaganda doesn’t seem to be holding up. Even on the Conservatives’ own Facebook page:

Nor does the video add up on a basic level. Regarding NATO, Corbyn told The Andrew Marr Show on 23 April that he:

would want to work with NATO leaders in building up an effective, sensible relationship with non-NATO countries such as Russia [to] de-escalate tensions around the world.

Meanwhile, the Labour leader saying “I’m not happy with the shoot-to-kill policy” comes from an officially discredited report from the BBC‘s Political Editor. The BBC Trust found the report had not been “duly accurate”, because it took the comment out of context.

Back on Facebook, meanwhile, people questioned who the real danger is:

In bed with Donald Trump

The Conservatives have a foreign policy aligned with US President Donald Trump. They rushed into wars in Libya and backed Tony Blair’s crusade into Iraq.

Demonstrably, the Conservative government’s position on Syria changes according to what Trump happens to think on any given day. Foreign Secretary Boris Johnson has U-turned four times in less than a year on whether the government supports regime change in the region. And his stance apparently flip-flops according to Trump’s policy.

On the Conservatives’ social media page, not even their own voters had an appetite for the fearmongering:

Even with foreign policy to one side, the Tories’ offer looks dangerous. Since the Conservatives came to power through a Lib Dem coalition in 2010, police forces across the country have suffered major cuts. And as a result, there are now 20,000 fewer police offices in the UK than there were in 2009. That is a 14% drop in officers in less than a decade.

With the Conservatives, we have a foreign policy aligned with Trump and police services hit heavily by austerity. We also have a long record of defending the interests of powerful corporations against people and public services.

The video smearing Corbyn only seeks to distract from his policies and the Tories’ own failures. Hats off to the British people for not falling for it.