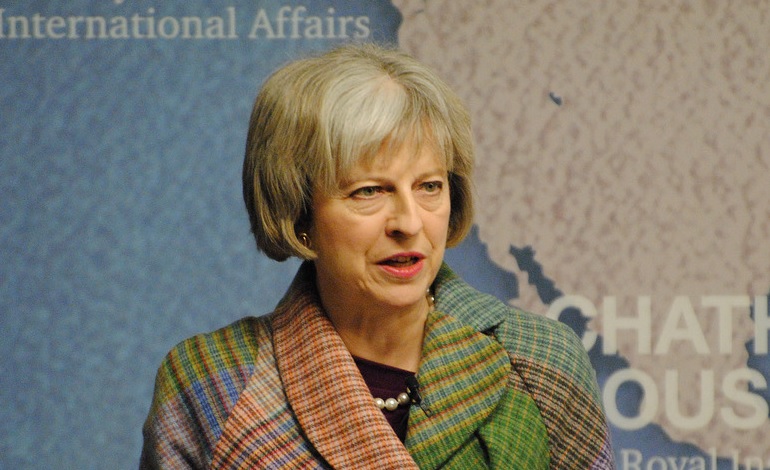 The Tories’ main argument for re-election is collapsing before their eyes.

So far, the Conservative Party has used a three-pronged message to make its case for victory. It warns that if people vote Labour, three things will happen: tax rises, job losses, and a spiraling of the national debt. But on 25 April, the Office of National Statistics (ONS) released new data. And it shows that the government itself is in no place to criticise anyone on these issues.

The Tories made much of tax at the last general election. Particularly, they pledged to increase people’s personal allowance; what the government allows us to earn before deducting tax. And Defence Secretary Michael Fallon has now suggested Theresa May could raise it further still, as a “sweetener” at the upcoming election.

But the poorest households don’t need a sweetener. They need a life raft. Particularly the lowest 10% of those households. Because the campaign group Equality Trust dug into the ONS figures. And it found that the government is taking on average 42% of their income in taxes, with VAT and council tax included. And their average income is £7,200.

Meanwhile, the Equality Trust found that the richest 10% pay only 34.3% of their income in taxes. And they’re on an average wage of £84,700. The organisation’s Executive Director, Dr Wanda Wyporska, commented:

When the super-rich are paying less in taxes than their cleaners, you know something has gone disastrously wrong with our broken, regressive tax system.

Time after time we see sensible reforms attacked and rejected in favour of tax cuts for billionaires. These do nothing for ordinary people struggling to keep a roof over their head.

If political parties are serious about representing working people, they need to shift the burden of tax to those with the broadest shoulders. Only then will we see a fairer and more equal society.

And it’s not an anomaly. Because the ONS released similar figures last year.

Furthermore, the Conservatives themselves have refused to rule out tax hikes if elected, including VAT. And a rise in this ‘indirect’ tax would disproportionately affect poorer households. Because they spend 27% of their disposable income on such taxes, as opposed to 14.4% for the richest ones. Council tax is also a heavy burden on the poorest households; and it’s something that MPs like Labour leader Jeremy Corbyn have taken firm action on in the past:

Corbyn has been fighting our rigged system all his life. When Thatcher came after you with the Poll Tax in 1991, here is how Corbyn resisted pic.twitter.com/ZS9ALju6Fb

So May and her government ministers are in no place to talk about the threat Labour poses to people’s taxes and jobs. Because they preside over a country where many live on minuscule wages, from which the government takes almost half.

The Tories’ record on debt, meanwhile, isn’t any better. Alongside its report on taxes and incomes, the ONS also published one on public sector finances. And though the deficit fell by £20bn in the year to March 2017, the debt grew by £123.5bn. That brings the debt – the amount of money owed by the UK government – to £1,729.5bn.

So the Conservative government has now reduced the difference between what it spends and what it receives – the deficit – to £52bn. But it has generated a debt of gigantic proportions. And yet it continues to fearmonger about what Labour might do to the debt.

No doubt the Tories will keep repeating this faulty mantra. And people will believe it if no one challenges them. But the facts and figures are clear. Now it’s time to put them to use.