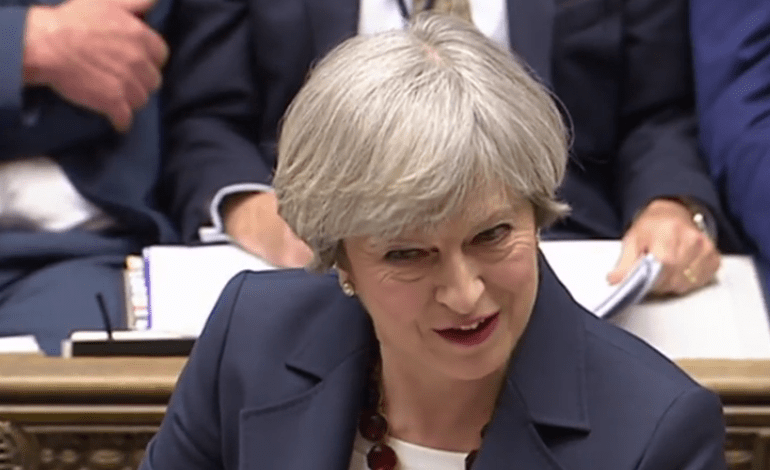 Theresa May has delivered an unpleasant surprise to anyone who voted Brexit at Prime Minister’s Questions (PMQs).

Brexit was supposed to “reclaim” power from the EU and hand it to the British people. But PMQs proved Brexit will be the opposite under May. Jeremy Corbyn asked five questions members of the electorate had sent him. Instead of adhering to a basic principle of democracy, however, our unelected Prime Minister avoided every one of them.

On top of this, May has refused to appear in any TV debates ahead of the general election. Her Conservative manifesto is being written by elites with no input from ordinary people. And the Conservatives’ Great Repeal Bill would hand the party sweeping powers to change fundamental legislation on the sly. People will rightly be wondering how exactly we are ‘taking back control’.

Instead of just speaking to hand picked audiences who can’t ask questions, I hope the Prime Minister won’t mind if she answers some questions today from the public.

May has been preventing campaign audiences from questioning her, and has been avoiding answering the press.

Facing the Labour leader, she showed a similar disdain for democracy. One question Corbyn read out was from Christopher:

In the last five years, my husband has had only a 1% increase in his wages. The cost of living has risen each year. We now have at least 15% less buying power… So where is Christopher and his husband’s share in the ‘stronger economy’?

Christopher’s case is true across the board. UK real wages (income adjusted for inflation) have plummeted by 10.4% since the financial crash in 2007-8.

In response, May attacked the Labour Party. Then left the concerned constituent with empty, irrelevant slogans:

What I can say to Christopher is that he will have a choice at the next election. A choice between the strong and stable leadership of the Conservatives, which will secure our economy for the future. And a Labour Party which would crash our economy; which would mean less money for public services.

The Prime Minister failed to even mention how Christopher’s wages would be improved. That may be because we are heading for the biggest fall in living standards since WWII under her government.

Even the BBC‘s Laura Kuenssburg, notorious for her anti-Corbyn bias, pointed out that a constituent’s question about pensions had left the Prime Minister stumbling. Many noticed the weak performance:

Theresa May was so weak and wobbly at the end of PMQs….. Jeremy Hunt started whispering over to her "mention Wales". What a weak PM #PMQs

Theresa May is like a weird robot that is stuck on the wrong setting. Lost count of how many times she said 'strong and stable' at #PMQs

Today's #PMQs also demonstrates why #TheresaMay doesn't want to be part of Televised Leader Debates… She's not good at it. But we need it.

@jeremycorbyn reads out questions from people, he doesn't need to rent a crowd or avoid voters by flying in and out in a helicopter #PMQs

Corbyn democratically reading out questions from constituents stands in stark contrast to May. So does Labour’s manifesto, which encourages input from the public.

At PMQs, the Prime Minister confirmed that her Brexit is about the Conservative Party taking back control, not the people. That may come as an unfortunate surprise for some.