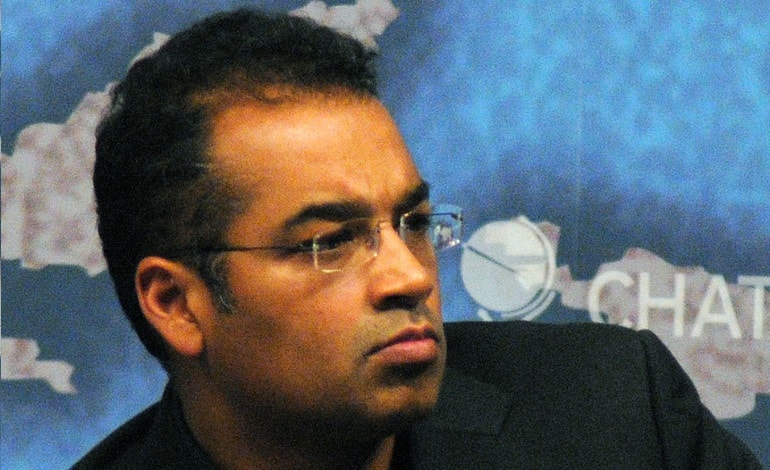 The reason they get away with their current accountability-light campaigning is partly because the media facilitates it. 2/5

The Channel 4 presenter was talking about ending a “slogan-dominated” election. And he took aim at the media for facilitating the downfall of debate.

Guru-Murthy began by asking his Twitter followers whether they wanted an end to the sloganeering. People responded as we’d expect: almost 100% in favour of proper discussion.

Yes. The slogans mean nothing without substance. May's 'strong and stable' doesn't reflect the Tories actual record. This needs highlighting

Channel 4 News Anchor, @krishgm, has a proposal. Here it is. Retweet it if you agree with him……. pic.twitter.com/70XvL7tpTc

The media’s role in the downfall of debate is clear. The BBC, for example, reported Boris Johnson calling Jeremy Corbyn a “mugwump” as a “scathing attack”. This encourages a personality-led election.

The Prime Minister, meanwhile, is trying to minimise accountability in this election. Her strategists have heavily stage-managed her campaign so far. On 27 April, the Conservative team booked out a Leeds workplace to make it appear that May was addressing ordinary working locals. In reality, she was talking to about 150 party faithfuls brought in to what was a private event.

like a medieval monarch, she simply briefly relocated her travelling court of admirers to town and then moved on without so much as a nod to the people she considers to be her lowly subjects

And even in a carefully orchestrated environment, May couldn’t remember where she was:

She has no idea where she is. Literally pic.twitter.com/m4EN3CN5F0

The Conservatives want to make this election all about Brexit. But it’s unclear how the Prime Minister will negotiate a post-Brexit deal, when she cannot even negotiate with a member of the public off-script.

It’s imperative that the media hold her to account on this. At present, Guru-Murthy has admitted the press is letting us down. Now, it must make sure that policies, rather than personalities and slogans, prevail in this election.