Weeks before the general election, Scotland sends an almighty f*ck you to the Tories - Canary 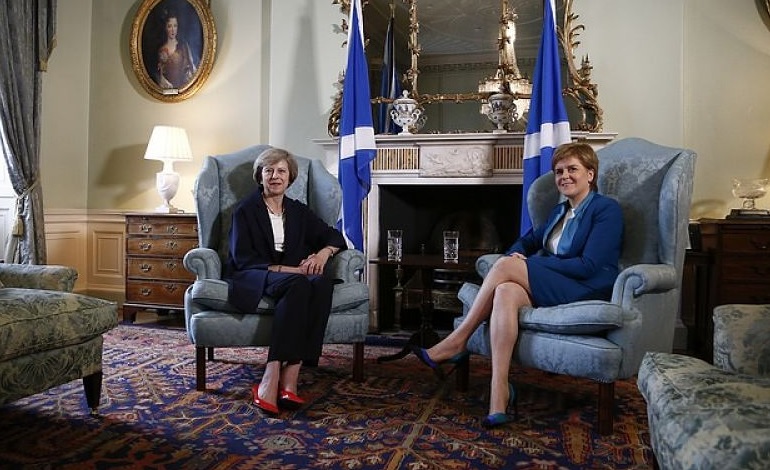 The Scottish government has just essentially fired all the private companies involved in benefit assessments. And coming weeks before the general election, the timing couldn’t be worse for the UK government.

Holyrood is banning companies like Atos, Capita and Maximus from carrying out Scotland’s benefit assessments. Instead, the Scottish government will carry out assessments through its new Social Security agency. The Scotland Act, drawn up following the country’s 2014 referendum, gives Holyrood a new raft of powers. And the Scottish government is setting up the Social Security agency as part of those reforms.

We are building a system based on dignity and respect – this means an assessment process which isn’t demeaning or deliberately difficult.

I am very clear that assessments should not be carried out by the private sector and I want to give people in Scotland this assurance as we take forward our new social security agency.

People across Scotland have often suffered humiliating and damaging treatment at the hands of profit-driven companies – and it is absolutely right that will be brought to an end.

Private companies’ involvement with the benefit assessment system and the Work Capability Assessment (WCA) is controversial. Initially administered by Atos, and later Maximus, the WCA decides the fate of benefit claimants. And private companies have raked in millions for carrying them out.

In 2011, however, the Department of Work and Pensions’ (DWP) own figures showed that, during an 11-month period, 10,600 people died within or during a six-week period of undergoing the WCA. Studies have linked the test to hundreds of suicides, and thousands of cases of mental illness.

Meanwhile, stories of how the DWP and these companies treat and assess claimants are shocking. Such as the DWP informing a dead woman she was too healthy for payments. Or interrogating a 7/7 survivor for ‘proof’ he had disabilities. Or declaring a woman ‘fit for work’ who can’t read, write, walk or talk. And assessors asking people why they haven’t killed themelves yet during assessments. The list goes on and on.

Of course, private companies’ involvement in the system isn’t the only issue. The UK currently has a government that has chosen for the system to work this way. But getting the profit motive out of assessments is a very productive step. It’s not one, however, that the Conservative government is likely to take.

So if people in England, Wales and Northern Ireland agree with this decision, they need to vote for a party on 8 June that is sure to take note.