Corbyn could save the NHS with Labour's £7.4bn cash lifeline - Canary 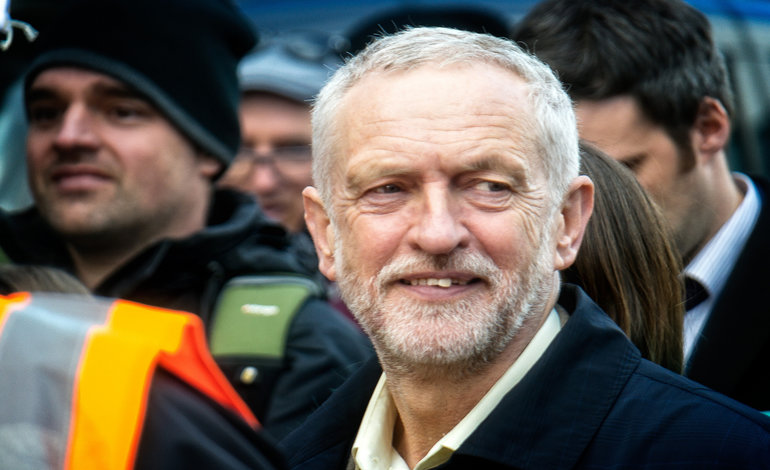 Labour leader Jeremy Corbyn may have just saved the NHS. With a promise of £7.4bn extra each year, the ailing service may have found its new saviour. With a deficit of £2.45bn as of 2016, a staff crisis and morale at an all-time low, there has never been a better time for a cash injection. Labour may have just cemented its claim to be the party of the NHS.

This is exactly what our health service needs.

Corbyn has promised a ‘modern day’ NHS, pledging an extra £37bn over the next 5 years.  Blaming ‘Tory cuts’ for recent cyber attacks, Labour is pushing for a revitalised health system. Labour has promised:

With the health service on its knees, these promises may be a deciding factor. Not just for the NHS, but for the upcoming election.

Conservatives ‘want the NHS to fail’

The NHS is in trouble. A record deficit, increased waiting times, a staff crisis in emergency medicine and general practice, an EU staff exodus and low morale are crippling the health service. The Conservatives are under fire for their handling of the crisis. Health Secretary Jeremy Hunt has been hailed as the “worst” ever, despised by healthcare workers and the public alike. Although promising much, the party has delivered little.

The NHS is currently going through the biggest squeeze in funding in its history. And that underfunding has been deliberately brought about by the Conservatives in order to undermine the NHS.

With the recent cyber attack scandal reportedly a result of the poor investment, many see the Conservatives as a threat to the service.

They want the NHS to fail and they want it to be seen to fail, so that it can be sold off, bit by bit, to the private sector. A Labour Party in power won’t let that happen.

Prime Minster Theresa May has fought back, asking Labour where the money will come from. Conservative politicians and media have spoken out against Labour’s manifesto. They claim that Labour is taking Britain “back to the 1970s” and say its plans are naive and confused. Chancellor Philip Hammond wrote in The Sun:

.. the proposals themselves are confused, un-costed and completely out of date.

But criticisms of Labour’s policies may fall on deaf ears, as increased taxes on high earners and private medical insurance are promised to tackle funding issues.

Will Labour save the NHS?

It is clear that the NHS needs a cash transfusion. With Labour’s promise the solution may have been found. With the NHS staunchly dividing votes, Labour may have just scored a strike. Regardless of the politics, frontline staff will welcome new investment in a service struggling to survive. In the meantime, the public seems happy:

For me it means the NHS will start to be properly funded for the first time in years. It doesn't change my view of Corbyn it enhances it. https://t.co/DIf7obFkz9

From the Desk of Doctor Ben Janaway

When you have the King’s Fund recommending a 4% increase in health spending, doctors and health experts calling out for staff and investment, record debt, a staff crisis, nurses on food banks, waiting times increasing, and royal colleges speaking out, it’s time to wonder why more isn’t being done.

The financial necessities to fix the NHS are clear and have been for a long time. The staffing requirements are clear. The will of the people is clear. What is extraordinary is why the Conservatives have not honoured the facts and a health system that is the pride of the people. What is also unclear is why our Health Secretary, the man in charge, co-authored a book calling for the end of the NHS and cosies up to US private health firms. The NHS is not a simple fix, but the Tories haven’t even begun.

Things aren’t currently adding up. Thankfully, Labour seems to be passing the test.