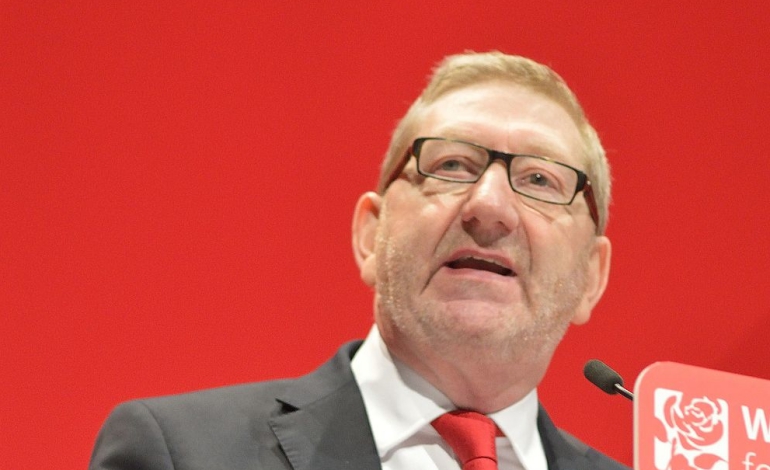 Unite leader Len McCluskey made headline news on 17 May for casting doubts on Labour’s ability to win at the general election. But either not reported or buried are the reasons why McCluskey made these claims – media bias. And in ignoring the crucial part of McCluskey’s interview, the mainstream media is, once again, revealing the very bias the Unite leader was talking about.

Speaking to Politico, McCluskey insisted Labour were “fighting for every seat” and that:

I believe that if Labour can hold on to 200 seats or so it will be a successful campaign. It will mean that Theresa May will have had an election, will have increased her majority but not dramatically.

Let’s wait and see what that turns itself into, in terms of percentage votes and seats.

But more significantly are the reasons why he said this. McCluskey accused the media of an “attack” on Corbyn, saying:

I think it’s going to be difficult because of the media bias to break that, but you never know. The truth is, wherever he goes … there are massive, massive crowds that turn out for him,

And this is the part that the media either buried or failed to mention at all.

What the media said

The mainstream media lapped up McCluskey’s words. The BBC’s headline was:

And the supposedly neutral broadcaster entirely omitted his quoted words of “media bias”. Instead the BBC stated:

The union leader told Politico that a Labour victory on 8 June would be ‘extraordinary’ given the state of the party and criticism of it in the media.

But to this extrapolation is misleading, to say the least. McCluskey does not talk about the “state of the party”. The Politico article does reference his comments on the perception that Labour is divided and the problems over the leadership battle, but there are no direct quotes. And “criticism” is what a robust media should be doing to all political parties. But it is very different to outright bias, which is what McCluskey is accusing them of.

But again, this isn’t exactly what McCluskey said. He said he thinks it will be difficult for Labour to win – not that the party can’t. Unlike the BBC, Sky News does manage to mention the words “bias” and “attack”. But they are buried towards the end of the article.

Meanwhile, the supposedly left-wing media isn’t much better. The Guardian covered the story with a headline that was at least accurate to McCluskey’s comments:

Success for Labour party would be 200 seats, says Len McCluskey

And while the media’s “attack” is mentioned in the sixth paragraph, his words about media bias are not covered at all. Unsurprisingly, The Sun doesn’t mention either.

A union leader calling out media bias against the leader of of the main opposition party during an election should be major news. But it has either been buried or ignored. And it isnt just left-wing leaders who believe this. A letter from 68 media academics from universities around the country to write to The Guardian on 12 May, stating:

And this is just yet another example. As The Canary previously reported, the BBC‘s coverage of the Labour manifesto was abysmal with political editor, Laura Kuenssberg failing to mention in her reporting of the £48.6bn tax increase that 95% of the population would not be affected. And it calls into question whether journalists are acting in self-interest in their reporting.

But with just under two weeks to go, Corbyn’s message is getting through, despite the best efforts of the media. He is attracting huge crowds and getting standing ovations from public sector workers. Labour is slowly eating into the Tories’ lead in the polls. And Labour’s manifesto promises are a message of hope to millions. But we need to keep pushing this message out. And the coverage of McCluskey’s comments is yet another example of how we need to bypass the mainstream media in order to do this.