Everyone, including the media, has been taken aback by what's happened in the Corbyn campaign [VIDEO] - Canary 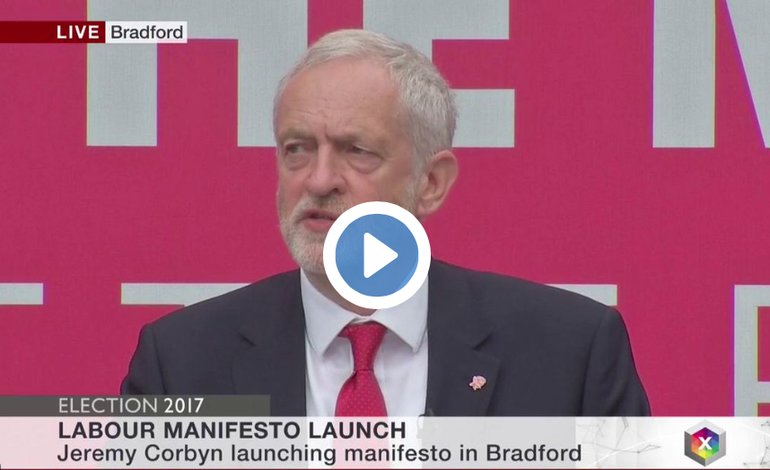 Everyone, including the media, has been taken aback by what’s happening in the Corbyn campaign. And what was originally touted as potentially the largest Conservative landslide in modern history could end up as one of the biggest political upsets for the Conservatives instead.

May’s campaign has been calamitous. So far, she has almost exclusively attended events with prepared audiences, with ordinary folk kept away from view. But even with this level of control over the guest list, her audiences still looked like they’d arrived in blindfolds and handcuffs:

On Monday 15 May, Theresa May held a Facebook live interview with Robert Peston – taking curated questions from the public. The Canary watched throughout and fact-checked the Conservative leader, spotting several lies and half-truths. The public weren’t amused either, handing May over 10,000 ‘angry face’ emojis, compared to 4.3 thousand ‘thumbs-up’ and 1.2 thousand ‘loves’.

The opposition leader’s campaign, meanwhile, has been a world away from this. And the difference has seen May’s lead in the polls cut sharply.

Also on 15 May, Jeremy Corbyn and his team arrived in Leeds for an address at Hyde Park. And as The Canary reported, even BBC reporters seemed impressed by what they found:

Whilst Theresa May gets the 😡 treatment at #ITVLeadersLive, thousands gather in Leeds to catch a glimpse of Jeremy Corbyn pic.twitter.com/KbzmoiLEwJ

What seems to be pulling people out onto the streets in such significant numbers is beyond a cult of personality. This is about policy. And it’s the first chance in living memory for younger voters to effect a real and positive change in their own fate and that of their country.

Today we will launch our manifesto: a radical & responsible programme of hope. We'll create a country that delivers #ForTheMany, not the few pic.twitter.com/DT6tjrNWyv

There is indeed a mountain to climb. But the Corbyn campaign is reaching ordinary people in a way unwitnessed in UK politics for decades.

The media is on the back foot. And it’s beginning to feel like the UK electorate might just be about to deliver a major upset on 8 June.