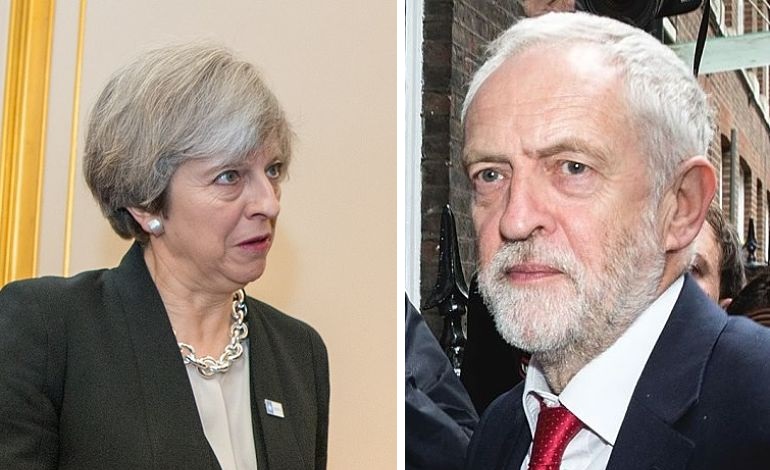 A listener of BBC Radio 5 live decided to run an experiment. He directly compared the broadcaster’s coverage of Labour’s manifesto launch and that of the Conservatives on its lunchtime news slot. And what he found was astonishing.

Labour and the Conservatives released their manifestos for the upcoming general election within days of each other. So a Radio 5 live listener put together a video detailing the specific coverage given to each party’s ideas:

As the video’s creator notes, there is a discrepancy in the time allocated to each. Labour’s manifesto is given just over half a minute and the Conservatives’ manifesto over one minute. But there’s also something odd about how each news segment starts. For Labour’s manifesto, the BBC began:

The Conservatives say Labour’s manifesto plans don’t add up and would lead to big tax increases.

And for the report on the Conservatives manifesto, it started:

There’s a number of issues here. Firstly, the BBC doesn’t clarify that Labour’s “big tax increases” would only affect 5% of the top earners in the country. It also doesn’t associate the word “Labour” with the word ‘government’ in the sentence. Whereas it does with the Conservatives. But most strikingly, in both reports, the first word is given to the Conservatives. So, listeners are left with a first impression that reflects what the Tories think and believe, on both counts.

It’s who you know…

In each segment, the BBC included a comment from an outside party. For Labour’s manifesto, it broadcast the view of Paul Johnson. He’s the director of the Institute of Fiscal Studies (IFS), an outfit that prides itself on being independent and the “ultimate arbiter” on a number of financial issues. Johnson reinforced the question over whether Labour’s figures “add up”. But he said the most significant takeaway from Labour’s manifesto is that it changes “the size of the state”; referring to the party’s plan to bring a number of essential services back into public ownership.

In contrast, the BBC spoke to Sean Worth about the Conservative manifesto. Worth is a former special adviser to ex-Prime Minister David Cameron. Unsurprisingly then, Worth argued that the Tories’ “death tax” proposal, whereby elderly people with more than £100,000 in assets will be made to pay for their own social care, was a ‘fair’ measure.

From the horse’s mouth

By now, it’s clear to many that the BBC is biased against progressive politics. Numerous studies have shown it favours the Conservative and the neoliberal order. It’s Political Editor Laura Kuenssberg is living, breathing proof of that.

But the BBC is a public broadcaster. One that the population pays for directly. And so, it’s meant to report in the public interest. Right now it doesn’t. But that’s not inevitable. For example, if the public were to have a direct say over who runs the broadcaster, rather than the government itself, that could change its direction.

And a change is desperately needed. Because, as this video shows, it’s inhibiting people’s understanding of the real choice they face in the upcoming general election. A choice that will affect their lives for years to come. The stakes don’t get any higher, and the BBC is utterly failing the public in not accurately reporting that.

– Register to vote in the 8 June general election. Deadline is 22 May.