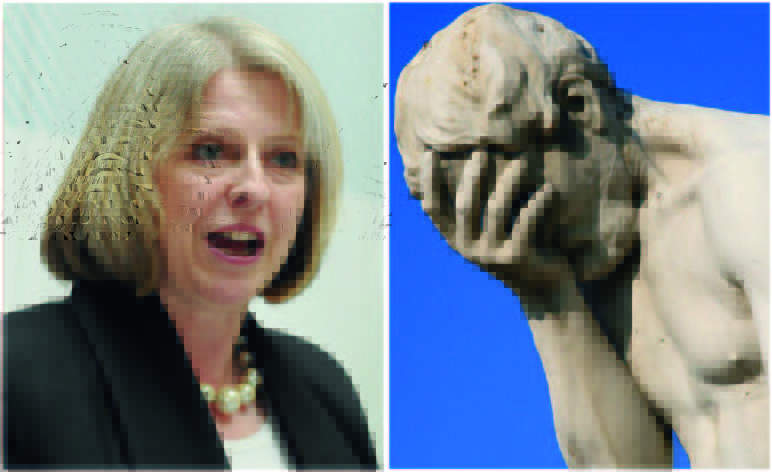 Theresa May is not a particularly prolific social media user. Although since calling the election, she has been using Twitter to share images of the stage-managed events that she’s been helicoptered between.

A tweet she sent on 20 May broke from the formula, however. And it’s gone about as well as every other time she’s tried to improvise. Primarily because what she’s claiming isn’t even true:

If I lose just six seats I will lose this election and Jeremy Corbyn will be sitting down to negotiate with Europe: https://t.co/OwbfDseOJh

A lot of people were excited – obviously believing that the Tories’ zombie-like grip on the nation’s throat really is that weak:

Sounds good let's do that.

The problem with what May said is that it’s actually not true:

They are Tory seats not hers. 6 losses to Labour doesn't put Corbyn in No 10. If she tweets such drivel what chance in EU negotiation?

Because you’ve been doing so well, right?

And talking about negotiation, some people have pointed out that May’s negotiating credentials aren’t really that impressive:

Good, how can you negotiate anything when you have to be told what lines to say

No he wouldn't. Highly qualified human rights lawyer Keir Starmer would be. If you win, missing Chuckle Brother triplet David Davis will be pic.twitter.com/64KRwim82q

You can't even stand up and debate Corbyn…! Negotiate Brexit? They will run rings round you…

And May’s credentials really are quite dire. The PM is currently overseeing a crisis in the NHS and an increasingly hostile relationship with the EU.

Does she even understand how UK politics works?

Another thing people are pointing out is the seemingly loose grasp May has on the UK electoral system:

Gentle reminder that this is not a Presidential election. MPs are elected by and accountable to their constituents. https://t.co/8CjOlfAXJx

You only have one seat. It's in Maidenhead, in case you've forgotten. You are not (yet) a dictator, and this is not (yet) a one-party state.

What May has shown in this tweet is that she’s either confused, incompetent, or a liar. If she can’t get a 140 character tweet right, why should we have any confidence in everything else she’s promising?

So if you haven’t already, register to vote before it’s too late!