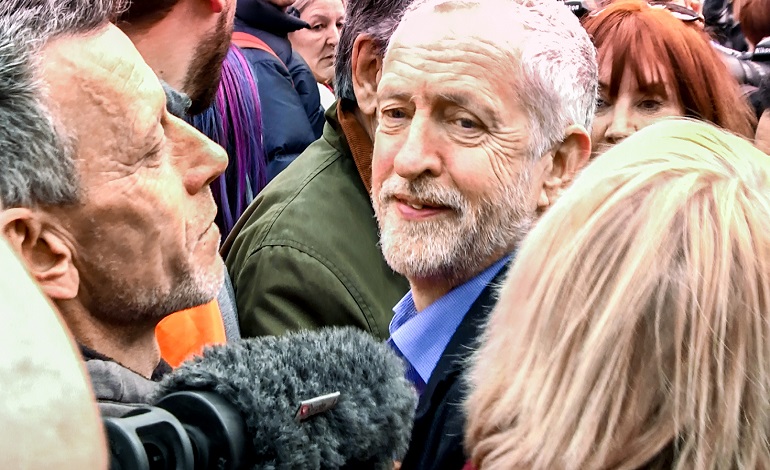 The grassroots campaign group Momentum is now going all-out to secure a Labour victory on 8 June. Its tactics may seem familiar to many, as they were used in Bernie Sanders’ presidential campaign in the US. But it’s the group’s use of IT which is really groundbreaking. As the methods have never been used in a UK election before.

Momentum has developed My Nearest Marginal, a website detailing all Labour’s target election constituencies in the UK. It allows anyone to type in their postcode and then find their nearest swing seat. But, uniquely, people can then connect with others to organise carpools, to travel to constituencies and join Labour Party canvassing sessions.

A previous version of My Nearest Marginal was used to enable hundreds of activists to campaign in the Stoke Central by-election; helping the local Labour Party to knock on every single door in the constituency the weekend before polling day.

And the group are taking things one step further. It has also launched peer-to-peer texting which was used on Sanders’ US campaign. His campaign used an app called Hustle, which allowed users to start and then manage large amounts of text threads. As The Daily Dot reported:

[Sanders’] team pulled the numbers of every possible… volunteer in the campaign’s database and Hustled everyone on the list. The messages they sent out—all Hustle messages are all written by actual people, not computers—consisted of a personal introduction, and information about the upcoming event. The texts intentionally excluded location information, because Fang and his team wanted their targets to respond with follow-up questions as means of starting a dialogue.

With three days notice, four people texting brought 381 people to the campaign’s first official event in Oklahoma. A few days later, 338 showed up in Tulsa. These numbers were astounding, especially in a state with just 3.8 million people.

Erika Uyterhoeven, a National Organising Director for Sanders’ campaign, told The Canary that:

Peer-to-peer texting, which we’ve helped implement at Momentum, was a key tool in building the people-powered movement that backed Bernie Sanders. While email blasts from Momentum have an open rate of 20-40%, peer to peer texting has nearly a 100% open rate and a reply rate of approximately 40%.

Peer-to-peer texting enables Momentum members to text other members and supporters to inform them about nearby campaigning sessions. And ultimately to encourage them to get out on the doorstep.

Momentum is using innovative technology to mobilise thousands of people in marginal seats campaigning for a Labour government. My Nearest Marginal makes it as easy as possible for people to find the swing seat near them where they can have the most impact, and to carpool there with other activists, delivering Labour’s message about building a Britain for the many, not the few.

But this is not all. Momentum has also launched a crowdfunder to make all this happen. It’s already raised over £88,000 and has been endorsed by I, Daniel Blake director Ken Loach:

Momentum says that the crowdfunder is needed because:

This election is being dominated by spin, fear and a media run by elites. Ordinary people are being shut out.

Only a good thing?

There has been criticism of Momentum in the past. A Channel 4 Dispatches documentary in September 2016 accused the group of harvesting data, misusing campaign funds and trying to “take over” the Labour party. Allegations Momentum denied. But there is no doubt that the group is driven by a desire to see a better society. And it believes Corbyn is the way to achieve this. But can Momentum, its army of supporters and its now high-tech armoury get Labour into Number 10? With the gap narrowing in the polls, anything is possible.

– Register to vote in the 8 June general election. And donate to the Momentum crowdfunder.