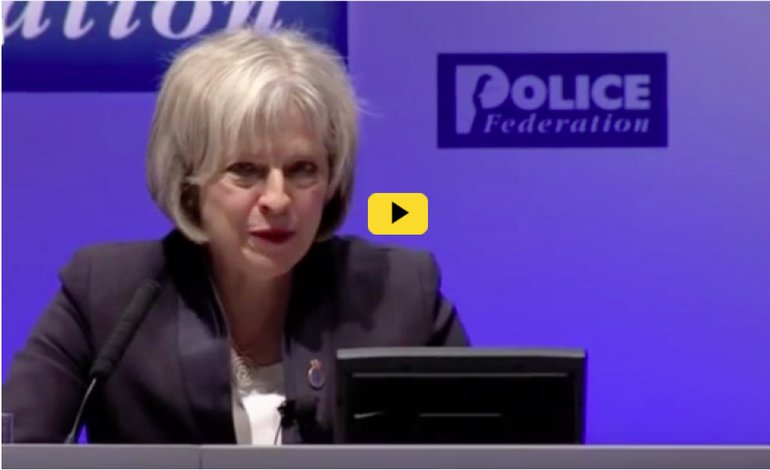 In May 2015, Theresa May gave a controversial speech to the Police Federation, accusing it of scaremongering over the impact of her cuts to forces across Britain. Just two years later, the Police Federation predictions May denounced as “crying wolf” have come true. And this failure in judgement cost Britain dearly.

The 20 May 2015 speech was covered extensively at the time as May showing her Iron Lady credentials. As the BBC reported:

The Home Secretary, Theresa May, has made an uncompromising speech to the Police Federation.

She warned the union, which represents rank and file officers in England and Wales, that if it does not reform, the government will impose change.

She also announced that public funding, which currently stands at nearly £200,000 a year, is to be withdrawn.

Police officers had warned that forces had been cut so extensively that they would be unable to respond to a major attack on UK soil. They said that the army would have to be drafted in to support. May responded:

Just two years later, it happened. Police forces do not have the numbers to conduct the extensive patrols required as the UK terror threat reaches ‘critical’. In the wake of the Manchester bombing, UK armed forces are now patrolling British streets.

The chair of the Police Federation had strong words for May and her government:

Since the Conservatives came to power in coalition in 2010, police forces across the country have suffered major cuts. And as a result, there are now 20,000 fewer police offices in the UK than there were in 2009. That is a 14% drop in less than a decade. As Police Federation chairman Steve White told the BBC:

A briefing from the Association of Police and Crime Commissioners states that planned budget cuts will hurt even more. Their analysis suggests that police staffing levels could fall by a further 17% to approximately 100,000 by 2020 – the lowest level since the mid-1970s. The government will also cull civilian posts, requiring remaining officers to fulfil back office roles too.

Theresa May failed to take the advice of police. She dismissed their professional advice as ‘crying wolf’. And Britain is paying the price. In the 8 June general election, Britain can turn the tables, and leave May holding the bill.