On Friday, Corbyn will deliver his most important speech of the election. And The Canary has a copy of it - The Canary 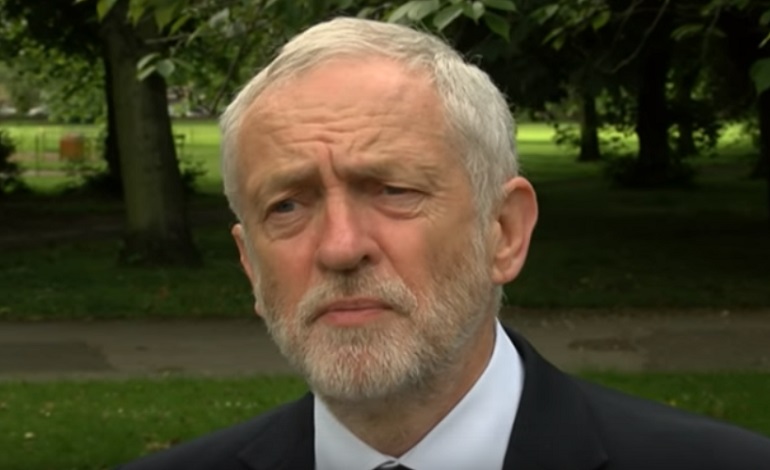 Jeremy Corbyn will use a speech in central London on Friday 26 May to tackle head-on his response to the Manchester bombing. The Labour leader plans to outline his “commitment to our country”. And his speech will also attempt to quash criticisms about his leadership and his approach to ‘terrorism’.

The speech is in response to a pre-planned attack by The Sun on the Labour leader. The paper ran a story on Thursday 25 May claiming that Corbyn had “‘bragged about blocking terror laws’ during Stop the War speech”.

And it comes after the latest YouGov polling saw Labour increase to 38%, with the Tories falling to 43% – the smallest gap of the general election so far.

Corbyn will reflect on the bombing in Manchester, which killed 22 people and injured 116, by outlining his “commitment” to the UK:

This is my commitment to our country. I want the solidarity, humanity and compassion that we have seen on the streets of Manchester this week to be the values that guide our government. There can be no love of country if there is neglect or disregard for its people.

No government can prevent every terrorist attack. If an individual is determined enough and callous enough sometimes they will get through.

But the responsibility of government is to minimise that chance – to ensure the police have the resources they need, that our foreign policy reduces rather than increases the threat to this country and that at home we never surrender the freedoms we have won and that terrorists are so determined to take away.

The Labour leader will also outline just what his party will do to protect the country and ensure it’s secure if he’s elected on 8 June:

To keep you and your family safe, our approach will involve change at home and change abroad. At home, Labour will reverse the cuts to our emergency services and police. Once again in Manchester, they have proved to be the best of us.

Austerity has to stop at the A&E ward and at the police station door. We cannot be protected and cared for on the cheap. There will be more police on the streets under a Labour Government. And if the security services need more resources to keep track of those who wish to murder and maim, then they should get them.

Perhaps most crucially, Corbyn will address the subject of the ‘War on Terror’ directly, which started under former Labour PM Tony Blair:

That assessment in no way reduces the guilt of those who attack our children. Those terrorists will forever be reviled and held to account for their actions. But an informed understanding of the causes of terrorism is an essential part of an effective response that will protect the security of our people that fights rather than fuels terrorism.

He will end by making a particularly bold statement, but one that many would consider needs to be said:

We must be brave enough to admit the ‘war on terror’ is simply not working. We need a smarter way to reduce the threat from countries.

This could well be Corbyn’s most important speech of the general election. While the party’s policies have proven popular with the public, his leadership is still used as a stick to beat Labour with by his detractors and the right-wing press. But moreover, it shows that Corbyn has an understanding of both domestic and foreign policy that goes beyond the walls of parliament. Now, he just needs to deliver that message to voters, and hope it resonates in time for 8 June.