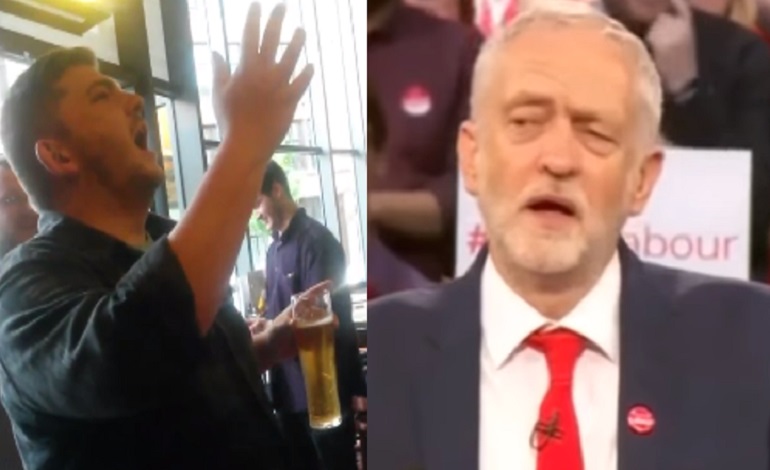 With the general election now less than two weeks away, political campaigning will soon be resuming after the horrific Manchester bombing. But one man has already got started. And he apparently decided that the best way to support Labour leader Jeremy Corbyn was at his local Wetherspoon’s, and through the medium of opera.

At dawn, Corbyn will win!

Martin Terence from Manchester took Nessun Dorma from Giacomo Puccini’s opera Turandot and turned it into an ode for the Labour leader. And with his rendition, he nearly brought the house down:

I will tell it when the light shines

And there may well be more Martin Terences up and down the UK if the opinion polls are anything to go by. As The Canary previously reported, polls are suggesting that Labour is gaining ground on the Conservatives. In one by Ipsos MORI published on 18 May, Labour had gained eight points on the Tories. This put the Conservatives on 49% and Labour on 34%. And this is usually among the least favourable polls for Corbyn’s party.

But opinion polls are just that, and don’t always reflect the reality of the situation. And even if they did, Labour would still have a long way to go.

The moves in the polls, however, could be a sign that the tide is beginning to turn for Corbyn’s party. And with supporters like Terence finding more and more inventive ways to raise Labour’s profile, who knows what could happen on 8 June?