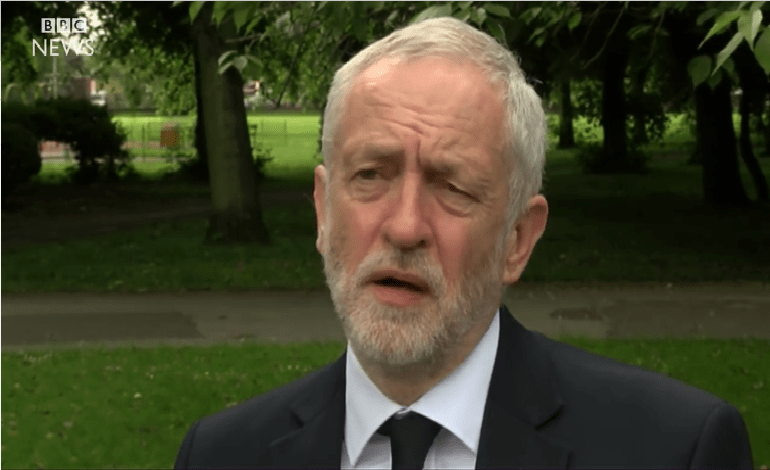 After The Sun faced widespread condemnation for its response to the Manchester bombing, another paper owned by Rupert Murdoch is under fire.

In a Times piece about the tragedy, Iain Martin accused [paywall] Jeremy Corbyn of pretending to be upset that British children had died. He spoke of “Corbyn’s crocodile tears about terror”.

Martin also claimed [paywall] Corbyn is not on the “same side” as the rest of the country. Rather, Martin writes that the Labour leader sides with “this country’s enemies” and people who say “we deserve” the horrific attack in which 22 mainly young people died.

The article offers no evidence or quotation to support its vitriol. When it comes to smearing Corbyn, the data shows that the truth tends to take the backseat for the UK press. And it looks like even the Manchester bombing isn’t out of bounds.

Martin argues [paywall] that political discussion about Britain’s security policies is the most “relevant topic” after a horrendous violent, political crime. That’s true. But Martin conflates Corbyn’s valid criticisms of UK foreign policy, such as the invasion of Iraq, with support for the suicide bomber in Manchester. Critics have pointed out that’s not a productive debate. That looks like exploiting the tragedy in Manchester to smear a political opponent. Especially when the Joint Intelligence Committee warned Tony Blair in 2003 that invading Iraq would increase the risk of terrorism in the UK:

The report specified that terrorist attacks in the UK were “especially” likely “for maximum impact”. In 2003, Corbyn echoed the concerns of the intelligence agency:

It will set off a spiral of conflict, of hate, of misery, of desperation that will fuel the wars, the conflict, the terrorism, the depression, and the misery of future generations.

As The Canary reported, Corbyn will hammer this point home in a crucial speech on 26 May:

That assessment in no way reduces the guilt of those who attack our children. Those terrorists will forever be reviled and held to account for their actions. But an informed understanding of the causes of terrorism is an essential part of an effective response that will protect the security of our people that fights rather than fuels terrorism.

The article not only misrepresents Corbyn’s view, but also suppresses the Labour leader’s history of supporting peace and negotiation. For example, Corbyn received the Gandhi Foundation International Peace Award in 2013. He obtained the prestigious award in recognition of his “consistent efforts over a 30 year Parliamentary career to uphold the Gandhian values of social justice and non‐violence”.

People on social media, meanwhile, rejected Martin’s notion that Corbyn is not “patriotic”:

Theresa May drove nurses into foodbanks, soldiers into homelessness & children into hunger. Corbyn is a truer patriot than she'll ever be. pic.twitter.com/RCdrqbU3Hq

Not only has Theresa May forced nurses to use food banks, but the Police Federation says officers have also resorted to using food banks under the Conservative government.

So it’s quite incredible that The Times column argues Corbyn is the threat to national security. The Conservatives have abjectly failed to properly resource our emergency services.

Martin unashamedly tries to paint Corbyn as siding with the suicide bomber in the Times piece. The growing exploitation of the tragedy to smear Corbyn should be utterly condemned.

– For more coverage of the 22 May attack, see here.