People are standing up to a corporate giant, and it could be a game-changer for workers' rights - Canary 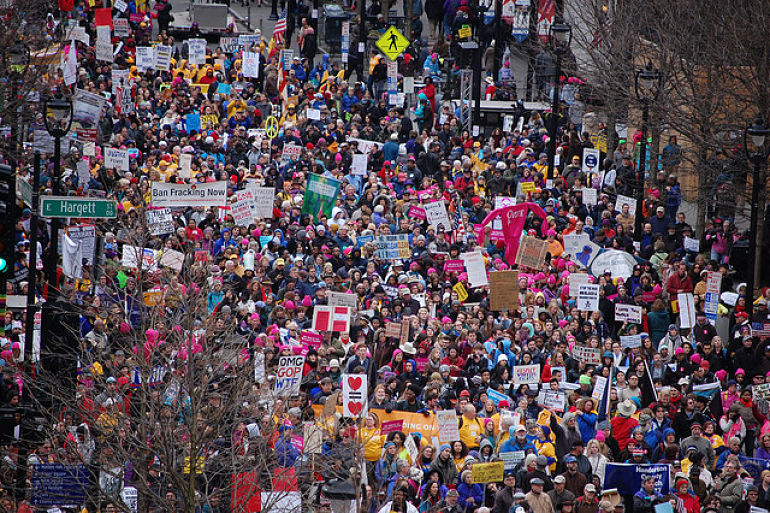 Now a union is trying to stop the $69 billion company from renewing its license to operate in London – unless Uber guarantees basic employment rights to its workers. GMB wants Transport for London (TfL) to make workers’ rights a condition of renewing the license when it expires on 31 May. And if it succeeds, it could change the entire face of the gig economy.

SumOfUs, which lobbies against corporate abuse and for fair labour standards, says on its campaign page:

London is one of Uber’s only success stories in Europe. And its current license to operate there expires on May 31. So GMB, the union for Uber drivers, has called on Transport for London not to renew the license unless Uber guarantee safe working practices and basic employment rights.

Last year GMB union won a landmark employment tribunal case for drivers against Uber. The court ruled that Uber drivers were not self-employed contractors but employed workers with rights to the national minimum wage, sickness and holiday pay. It called one of Uber’s arguments “ridiculous”. The judgment has major implications for over 30,000 drivers in England and Wales. But Uber is appealing the case and has not changed its terms and conditions.

That’s why GMB, SumOfUs and minicab drivers are urging TfL to make workers’ rights a condition of renewal:

Transport for London has a right and responsibility to put the brakes on Uber’s recklessness and could send an important signal to other ‘gig economy’ corporations and city authorities around the world.

Uber has been criticised all over the world. And currently there is a class action suit in New York against the firm, arguing that Uber charges customers more than it should. It also faced a social media backlash after protests at New York’s JFK airport against Trump’s ‘Muslim ban’. Uber didn’t participate in a work stoppage called by the New York Taxi Workers Alliance. And it lifted “surge pricing” around the airport, resulting in longer wait times. With Uber’s CEO sitting on Trump’s business advisory council at the time, people thought the move was opportunistic.

Campaigners are now urging people to pile make their voices heard in London. But Uber insists drivers are self-employed:

The vast majority of drivers who use Uber tell us they want to remain their own boss as that’s the main reason why they signed up to us in the first place.

A TfL spokesperson has previously said that it does not comment on the status of individual licence applications.

GMB will seek a judicial review if TfL renews the licence. But with 31 May around the corner, this really could be a rare opportunity. As well as speaking up for Uber drivers, it could send a signal to other parts of the gig economy – and change the game for masses of workers, helping to strengthen their rights.

– Sign the SumOfUs petition and urge TfL and the Mayor of London to make minimum safety standards and workers’ rights a condition of renewing Uber’s licence.