Theresa May doesn’t want you to vote. Luckily you have the chance to ruin her plans 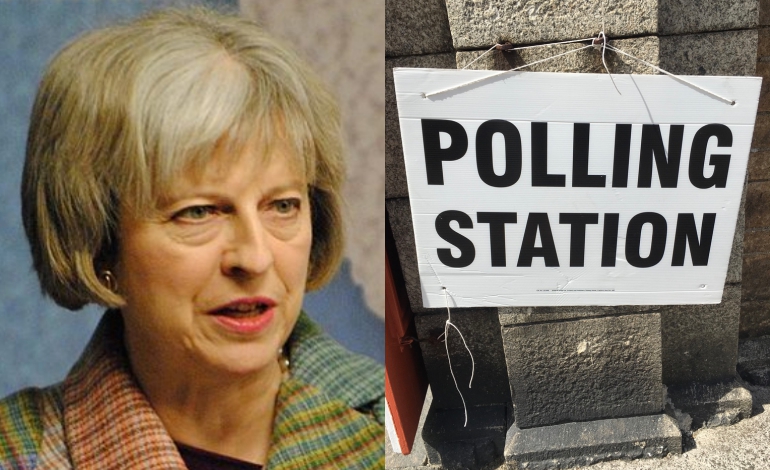 The Conservative Party did next to nothing to encourage people to register to vote, according to research from the Press Association. And it shows just how undemocratic the party is, preferring people to be disenfranchised and stay away from polling stations. This is perhaps unsurprising given previous research shows low turnouts benefit the Tories. But it does display a dazzling contempt for democracy.

According to the research, the Conservative Party did not use its social media platforms to encourage people to vote. The only exception was one solitary Facebook post aimed at overseas voters. This is despite [paywall] social media being a key component of the Conservatives’ election strategy. In 2015, the party spent £1.2m on Facebook advertising, which many believe helped win the election.

Meanwhile, 36% of all posts on Labour’s social media accounts were dedicated to getting people to register to vote. And 26% of posts from Jeremy Corbyn’s accounts also encouraged potential voters to have their voices heard.

Despite the Conservatives’ best efforts, huge numbers of people registered to vote. This includes over 1 million under 25s. And over 2 million have registered since the snap election was called.

Young people registering to vote is good news for Corbyn. Polls show they are much more likely to back the Labour Party. 71% of those under 25 who voted in the Brexit referendum opted to Remain. And according to Ipsos MORI, in the 2015 election, those under 25 were much more likely to vote Labour. Also, there was almost an even split between people aged 25 to 44, with Labour just slightly ahead.

It shouldn’t be a surprise that young people back Corbyn’s Labour. Voters in this age group have lived with Conservative or Coalition governments for most of their adult lives. And these governments have taken away their benefits, increased tuition fees, and destroyed their NHS. At the same time, young people have been priced out of the housing market and told they will likely work for longer than their parents, for less. And 38% of all zero hours contracts are held by those under 25.

But will it make a difference?

A prime example of this is Derby North where the Conservatives beat Labour by a majority of just 41 votes in 2015.

According to the ONS nearly 13,000 people aged 18-24 live in this constituency meaning that there would be an extra 2,204 young voters if turnout rose from 43 to 60 per cent – more than enough to swing it.

Similarly, Labour’s margin of victory in the City of Chester was just 93 votes in 2015. If turnout rose to 60 per cent among 16-24 year olds this would mean an extra 1,800 voters casting ballots.

And when this information is combined with Corbyn narrowing the lead between the parties to just five points, there is real potential for this to make a significant difference in the outcome of the election.

But registering to vote is obviously not enough. People also have to use their votes. Traditionally there has been a low turn out amongst young voters. This time it could be very different. With Corbyn offering clear alternatives, such as investing in the NHS and scrapping tuition fees, this could happen.

Theresa May doesn’t want you to have the right to vote. She didn’t care enough to use any of her massive social media budget to promote registering and engaging in democracy.

Remember this on 8 June. And remember what the Tories have done to this country. Remember the cuts to the NHS and to education. Remember the attacks on the young and the old. And vote accordingly.

Featured image via Wikimedia / Emily Apple for The Canary.