Just when you thought UKIP couldn't get any worse, this batshit crazy thing happens [IMAGES] - The Canary 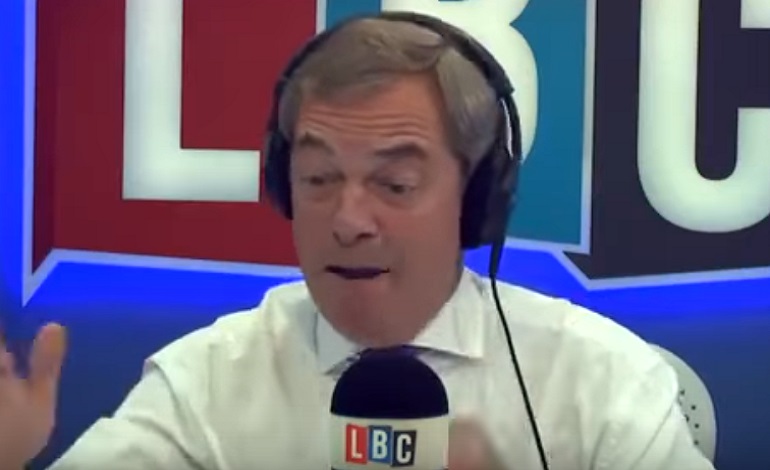 UKIP is not exactly known for its rational views. From gay marriage causing extreme weather to an MEP calling a room full of women “sluts”, the party has caused its fair share of controversy over the years. Former leader Nigel Farage has even been called “toxic”. But now, one local candidate in the general election has offered some, let’s say, ‘interesting’ policies for people to consider voting for. Including building an “interstellar colony ship”.

UKIP candidate for South Suffolk Aidan Powlesland has released his campaign flyer. And it all starts off fairly well, by UKIP standards. Powlesland says that he is standing to:

So far, so UKIP. Powlesland also says that he is concerned about the Conservatives “wreck[ing] the Sudbury water meadows with a by-pass”. But this is about as rational as it gets. Because Powlesland then goes full-on The Jetsons.

Take your protein pills and put your helmet on

And here’s the bottom right of the UKIP candidate’s election leaflet:

And I’m floating in a most peculiar way

Powlesland is apparently absolutely serious about his proposals. He told The East Anglian Daily Times:

I do not want to see a UK space agency developing this, but I would like to offer an incentive to scientists and entrepreneurs to look at this great leap forward… People left to set up new colonies in America because they did not want to be governed by the constraints in their homelands. I think the same thing could happen in space in the future.

Your circuit’s dead, there’s something wrong

To be fair to Powlesland, he does have some more ‘grounded’ policies, like increasing the army by 16,000, taking £157bn less a year from taxpayers, and cutting the price of housing by 70% over the next 50 years. And his ‘space oddity’ policies, like asteroid mining, are also acknowledged by some on the left. But the challenge is the price tag; for example, it would currently cost around $1bn to mine two kilos of asteroid minerals.

So for the time being, Powlesland’s ideas will remain in the realms of science fiction. And judging by the latest polling, that’s where UKIP’s chances of winning any seats at the general election remain too. Not least because, if Powlesland is anything to go by, the party is more out-of-touch with the rest of us than we first thought.

Featured image via YouTube and additional image via screengrab